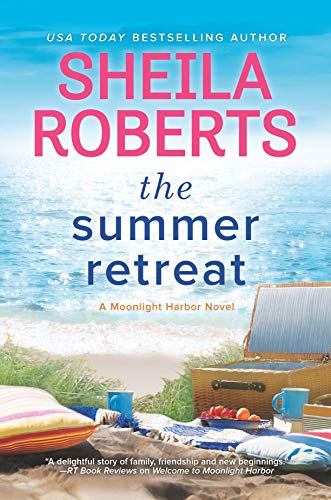 Every woman wants the perfect man, and Celeste Jones believes she has this with Emerson Willis. Not only is he handsome, but he's a cop, so his standards must be high, right? With him for more than a year, she's anxiously waiting for him to pop the question. She thinks he's taking his time because he's been divorced and maybe he's cautious. But Celeste envisions a house with a yard, kids, and a dog, of course, a dog. At 36 her biological clock is ticking, and loudly.

She leaves her job as a school teacher and picks up a pizza, salad fixings, and his favorite brew for their dinner. As she gets into her car, Emerson phones to cancel their date telling her he is sick. She is disappointed, but sorry he's ill, so she decides to whip up some chicken soup to cure his flu.

Celeste arrives at his apartment overhearing music. Could it be the TV? she wonders.

"She was about to knock again when the door opened. There stood Emerson in swimming trunks, chest bared, muscles on display. Why? . . . What? . . . Was he taking a swim to cool his fevered brow?

"'Is that the pizza delivery?' called a female voice.

"Pizza delivery? Emerson had a fever going, all right, but it wasn't from the flu.

When Celeste learns Emerson has been dating this other woman for three months, she is incensed as well as deeply hurt, asking herself why she always picks the wrong guys.

With the school year over, Celeste needs to get away. She calls her sister Jenna who runs the Driftwood Inn in Moonlight Harbor, Washington. Once owned by their great-aunt Edie, the business has been run by Jenna since her divorce, and she and her teenage daughter Sabrina live in the Victorian house adjacent to the inn with Edie. Celeste and Jenna enjoyed many summers at the ocean. What better place to heal one's wounds? Jenna is happy for Celeste who offers to clean rooms with the extra work keeping Celeste's mind off her woes.

Moonlight Harbor is just as Celeste remembers it for she hasn't been back in a while. The sandy beach, the small, quaint shops, and the friendly residents are a perfect salve for her soul. To make matters better, one day while walking along the shore, she is met by a scraggly pooch that follows her home. She immediately bonds with the canine, though tries not to, believing he belongs to someone. But when no one claims him, she names him Nemo, telling him she knows he'll be loyal.

Jenna and Celeste go to church services with Jenna's ulterior motive being introducing Celeste to the young pastor, Paul Welch. The two begin dating with Celeste consoling herself that because he's a man of God, he's more than honorable and would never cheat on her. However, there are things about Paul that make her think. Most of all, he's not into dogs, and Celeste loves Nemo and won't give him up for any man. Also, he's a bit straight-laced and doesn't drink or dance, two things Celeste enjoys doing.

Then while cleaning a room, she meets a guest staying for the whole summer. His name is Henry Gilbert, and upon first entering his room, Celeste snoops and reads a list on the bed about where and how to commit a murder. Shocked, she makes Jenna call the police, but it turns out Henry is writing a book. The two hit it off like oil and vinegar, but as time passes, Celeste finds an attraction to him she does not have with Paul. But isn't Paul the better choice?

Paul proposes with Celeste accepting though she doesn't feel she will make the perfect pastor's wife. Then more incidents prove this to her, but they go ahead with the wedding only to have a female church member stand up during the ceremony and "speak her peace." Celeste now realizes playing a safe bet does not guarantee happiness.

Book number three in the Moonlight Harbor series, this is a fast summer read, offering a charming description of a small beach town with diverse lovable characters, a few easy to hate, and a goofy canine thrown in for good measure.