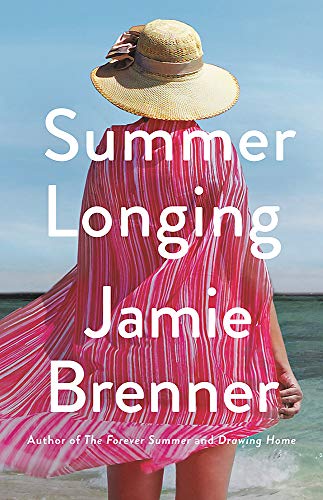 How many older women regret not doing things they've wanted to do in life? At a young age, Ruth Cooperman marries the boy of her dreams whom she met one summer on vacation in Provincetown (aka P'town) at the tip of Cape Cod in Massachusetts. About to start college, after meeting Ben Cooperman she realizes he is the man for her.

The eclectic, Bohemian town offers insight into different lifestyles, and is just what Ruth needs to set her sights on a new future. When summer is over, and they both return to their studies they are always in each other's minds. Though Ben aspires to be a writer, he attends medical school while Ruth starts as a freshman at Princeton. Remaining close, the two wed before Ruth finishes her senior year.

Struggling to pay off student loans and live frugally as Ben begins his career, they are overjoyed when Ruth gives birth to a daughter, Olivia. Though content, Ruth yearns for more and experimenting in the beauty industry she develops nail polish and other items. Her company, which she calls, Liv Cosmetics, after Olivia, takes off like a skyrocket, giving Ruth fulfillment she never dreamed possible. But this has a downside; her marriage sufferers and her relationship with Oliver becomes estranged. When Olivia turns ten, Ruth divorces Ben. Always traveling for her company, she thinks it is fair to for Olivia to stay with Ben.

Now, at 57, Ruth sells her business, leaving her wealthy. At a crossroads in her life she decides to rent a home in P'town for the summer. This is the place she once loved, and she now hopes to rekindle not only her younger spirit but hopefully, reconnect with Olivia.

Thirty-year-old Olivia is following in her mother's footsteps. She doesn't own a company, but she's driven in a job she adores at HotFeed, one of the largest celebrity social media management companies in New York City, where she oversees a team of 20 handling accounts of movie stars, reality TV stars, and musicians. Motivated as she is, she doesn't have time for anything else, and because of this, her boyfriend ends their relationship.

Distraught at her loss and suffering from a nasty cold, Olivia mistakenly creates a major problem with one of her clients which causes quite an uproar. Afraid of her faux pas, when she gets a call from Ruth asking her to join her for the weekend and pulls a little guilt trick stating, "I'm putting my affairs in order," Olivia is perplexed. Though not close, she loves her mother and fears she may be dying.

Ruth is delighted with her rental, Shell Haven, a lovely New England coastal home, but arriving she discovers an infant abandoned on the porch. She contacts the owners, Elise, and Fern Douglas, and they immediately arrive. Elise, who has been longing to get pregnant and gone through IVF and a miscarriage is drawn to the child and wants to keep it, believing she was left for her. Levelheaded Fern states they must report this to the authorities, but Elise defers, pleading for a few days in case the mother returns.

Ruth's idea of a peaceful summer goes down the drain when Fern and Elise move back into the house because their apartment over their tea shop is too small to accompany a child.

When Olivia arrives amid all this chaos, she doesn't know how to react. Seeing her mother holding and cooing to the baby, whom Elise names Mira—short for miracle—she becomes incensed. Why couldn't her mom have been like that with her? Feeling rejected, Olivia decides to leave the next morning, but when she throws her back out, she understands she won't be able to drive home.

To make matters worse, when she phones her boss to say she will be out longer, she learns she is fired due to her error. What is she to do now? With heartache and remorse, she realizes she must remain there.

Ruth and Olivia's reunion is touchy at first so Ruth gives Olivia space to sort things out, hoping they can become closer. Before deciding to stay longer, Olivia calls her father to rescue her and drive her back to New York, stating her painful back is keeping her from driving.

Meanwhile, Ruth ingratiates herself with the locals and becomes close to Amelia, the elderly owner of the Beach Rose Inn where Elise and Fern suggest she stay until they can figure out their circumstances. Indignant after paying a hefty rent, she remains at Shell Haven, making the most of it with the three other women and baby residing there. Though haughty upon her arrival, the new friends, the atmosphere of the small community and the inviting coast mellows her, and she relaxes and enjoys the camaraderie of everyone.

The summer progresses and stresses explode. Elise desperately hopes to keep Mia but finds her marriage to Fern imploding. Olivia's relationship with Ruth thaws as Olivia adjusts to her surroundings and befriends Marco Barros, a local oyster harvester. Upset his younger sister Jaci refuses to work with him as expected, he is concerned when she becomes belligerent and distant. So Olivia offers to handle Jaci's job and is surprised by how much she loves the mud and brine of the coast while she slowly falls in love with Marco.

As Elise and Fern become conflicted, Ruth is inundated with the tension and emotions surrounding her, though she's made the right decision to stay there and now she desires to buy a house to live there permanently. She and Olivia gain solid footing with their relationship, and Ruth wishes she could change how things went with her and Ben.

After Olivia's call, Ben decides to come, and things are awkward, but Ruth must talk to him and settle the pain of the past. Her feelings for him rekindle, and she wants to let him know. But what about him?

"He smiled warmly at her. 'Ruth, I'm content with my life. And I hope you are too. I really do.'

"A seagull wandered close, nearly stepping on her blanket. Ruth started to say that yes, she was content with her life, of course, she was.

"'I'm not, ' she said. 'Think we made a big mistake eighteen years go with the divorce.' Looking up at him, the sun in her eyes she couldn't read his expression.
"'Ruth,' he said, shaking his head slowly.

"We were both so busy and tired and stressed out. I was spending too much time at work, yes, I'll admit it. But we made a decision based on the misconception that it would always be that way. The way we felt that year or two—it would have passed. It has passed. Look at us now.'

"'Yes, we've managed to find our way to a friendship. I'm very happy about that. But it doesn't mean we should have been married for the past decade and a half.'

"'I still have feelings for you,' she said.

"'You don't feel anything?' Decades ago, years ago, she could never have asked such a thing. Her pride would have come first. But she was the older, wiser version of herself . . ."

Can Ruth and Ben find their way back to each other, considering their history and all the years that have passed? Will Olivia ever forgive her mom and get over her feelings of rejection? And will Elise and Fern find a common ground regarding Mia and keep their marriage intact?

This deeply involving novel offers several subplots that tie in together well. The highly descriptive information about this charming location and its equally charming residents makes one a participant in the story along with the trials and tribulations they all try to surmount which give depth and excitement to the tale.

Summer Longing gets to the heart of emotional situations among different generations, displaying the author's knowledge of human nature while showing her love for the location of her novel, proving this to be heartwarming, enchanting, and more than a beach read.