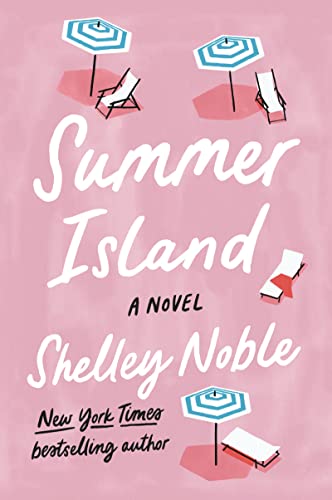 Phoebe Adams is a reporter for the Weekly Sentinel, a small New England newspaper that is petering out, and she is trying desperately to save it. Since she was young, she was mentored by Simeon Cross, the owner of the paper. He was not only her advisor but more like a father to her. But Simeon died and the business reverted to his son, Gavin, to whom Phoebe is now engaged. As Phoebe works hard to salvage the publication, she also is facing the stress of planning her nuptials.

Exhausted and frustrated, Phoebe plugs a human interest story to Gavin as he packs for a symposium. Though she's needed at the office, she is disappointed she isn't going with Gavin, and suddenly she is concerned about his blasé attitude toward her ideas for the business.

Imagine her surprise and that of the other employees when Gavin arrives from his trip shocking them by his announcement:

"Gavin raised his voice. 'I have some bad news.'

"Phoebe's fingers slowed as her mind ricocheted from a hurricane barreling toward the New England coast to the death of someone they all knew and loved.

"Phoebe's fingers froze on the keyboard. Around the room all motion stopped, six Sentinel employees captured mid-movement—perched on the edge of a desk, gesturing to a colleague, reaching for a file drawer. All caught in time—death-of-a-newspaper time.

"They turned their heads until all eyes zeroed in on Gavin.

"He should have staggered back from the force of their disbelief. But Gavin merely lifted his chin and looked past them to the window.

"He's shutting down the paper. For a nanosecond Phoebe thought he must have lost his mind. Or she had. He couldn't do that. . . .

. . . "'You'll be paid for this week. You have until tonight to clean out your desks. After that, the offices will be closed, and everything will be sold. This hasn't been an easy decision.'

"Not an easy decision? Phoebe hadn't even known he was considering it."

When Phoebe tries to reason with Gavin, he is adamant, admitting he hadn't told her because she'd get upset. More shock sets in as he denigrates her position and skills. Upset isn't the word for how Phoebe feels. Who is this man she's supposed to marry?

Humiliated, hurt, and very angry, Phoebe returns her engagement ring, realizing she doesn't even know him. Her main concern is what happens now? She has given up her apartment, for she was due to move in with Gavin, but now she also wonders if she'll be able to get the deposits she gave to vendors for her wedding—a wedding no longer happening.

Her first thought is to call her mother, and when she does, she receives another shock. Her mother, Ruth, is preparing to divorce her father after 30-plus years of marriage. What else can go wrong? She thought she would live with Ruth temporarily until she found another job, but instead, the two head to the beach to stay with Phoebe's grandma, Alice.

Phoebe and Ruth plan to spend a weekend at the shore, and when they arrive, they find Alice's bohemian sister, Vera, already there in all her glory. Every day she plans some adventure not letting either of them, including Alice, sit around and have a pity party.

As Phoebe searches for answers to how to plan her future, she spies Ty Harken, the next-door neighbor. A few years her senior and one she always considered a geek, he is on this father's roof repairing some shingles. When Phoebe questions why he is there, Alice states Lars, Ty's dad, has been in an awful slump since Ty's mom passed away a year ago. His brothers insisted Ty be with him for the summer to watch over him. The only problem is, Ty and Lars do not get along, so things between them are tense.

Alice's household is in a whirlwind. Phoebe worries about what she will do next, Ruth is depressed, avoiding her husband's constant texts, and Vera is constantly having them going, doing things to take their minds of themselves. Alice seems to be the only calm one.

The days pass, and the weekend stay turns out to be longer. Phoebe is distraught upon hearing Gavin is working at the Boston Globe, no longer dealing with small-town news. Her mind cannot stop whirling, and she devises a feature article about a local resident who restores old vans into residences for homeless vets. Phoebe knows this would make a great human-interest story, and when she receives a call from the Globe about a job as an editor, she suggests this item for the paper. She interviews for the position and is undecided if she would take it if offered. She wants to in be the field and write and not checking others' work.

Meanwhile, Phoebe strikes up a friendship with Ty, discovering he's not the nerd she believed him to be. She becomes fascinated by him, his career, and his need to help his father—realizing he's honorable and totally humble. He develops feelings for her, too. But would a relationship be feasible? She doesn't want someone as a rebound, but the more she is with him, the more impressed she is by his thoughts and actions.

The two families bond, sharing meals and laughs. Phoebe, Ty, Ruth, and Lars discover things about themselves they never realized. Summer Island is more than a beach read, a tale about acceptance and finding one's way, no matter one’s age.