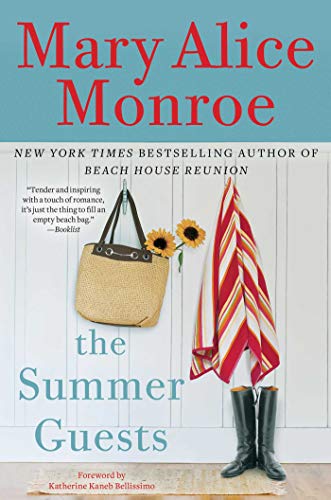 It is mid-August and tropical storm Noelle is forecast to make landfall on the east coast of the U.S. with a dire prediction of turning into a massive and destructive hurricane.

Charles and Grace Phillips, who own Freehold Farm in the Blue Ridge Mountains, in Tyron, North Carolina, invite their friends to bring their horses and dogs to take shelter with them at their sprawling property.

Grace's friend Cara Rutledge inherited her family's Primrose Cottage on the Isle of Palms in South Carolina and is preparing to evacuate to North Carolina with David Wyatt, her current beau.

Palm Beach, FL resident, Hannah McLain and her partner, equestrian Javier Angel de la Cruz, known as Angel, are heading to stay with the Phillipses, too. Angel's champion horse, Rogue's Fancy, whom Angel yet lovingly calls "Butterhead" is being trailored to Grace's stables. Hannah, once a model, now divorced, is with Angel, and is launching a new line of cosmetics called Nature's Beauty. Though originally highly attracted to Angel, she now sees the allure diminishing and wants to concentrate on her new career endeavor.

Moira Stevens, Grace and Charles' daughter, resides in Kiawah, South Carolina. Like the others she is leaving with her dog Gigi. Before departing, her mom phones asking if she can help some acquaintances who run a nearby canine rescue facility. Unable to refuse anything to do with animals, Moira agrees for eight dogs to be transported from their center to her parents'.

Finally, Gerta Klug and Elise, her daughter, are also departing the threat of the storm due to hit their Wellington, Florida, stables, taking with them Elise's Trakehner stallion, Whirlwind. Gerta and Grace trained together when young, and their closeness still remains years later.

"Gerta may not have won her Olympic medal, but she did succeed in creating one of the most respected and sought after breeding programs for Gran Prix horses in the United States. Grace's success was her family, first and foremost. She was a major force in horse rescue and the hunting community. Grace believed staunchly in the idea of giving back. Greta thought that in the end, both of their lives were busy and fulfilled, and in this, Gerta knew they were indeed fortunate women.

"Still, with her wealth and position, Gerta didn't have many friends and her relationship with her daughter was strained. Grace was one of the precious few women she could trust. One who know the secrets of her heart. One who always had her back. And there was comfort in knowing the feeling was mutual."

Elise and Greta's connection is tenuous, and at age 30, Elise despises Greta's control over her. While she is an Olympic contender, something Greta, unfortunately, failed to accomplish after an accident cost the loss of a leg, Elise resents her mother living vicariously through her. No longer able to compete, Greta has turned her knowledge into being a well-known breeder.

Elise is looking forward to being with Moira again. Moira went to Germany to train with a dressage trainer with Elise when they were teens and they became great friends, though the friendship petered out when Moira married. Elise is hoping to regain their closeness.

It isn't long before Freehold Farm is bursting with guests enjoying each other's company as they pray for the safety of their properties. All, with the exception of Cara, hunker down to care for the animals while waiting out the weather. Cara decides she must go back to save the family cottage. David and she leave with him promising to help board up the house.

During this tenuous time, relationships are formed and broken, problems are discussed and resolved, and all involved find new purpose and self-discovery. The cast of characters is large and daunting at the beginning, though as one progresses through the novel, the players become more defined and companionable with each other.

For the equestrian lover, this addition to Mary Alice Monroe's Beach House series offers detailed information on the sport, as well as dealing with not only rescue horses, but also with dogs, and how the bond between humans and animals is strong. Fast-paced and fluid, with heartache as well as joy make this a most enjoyable read.