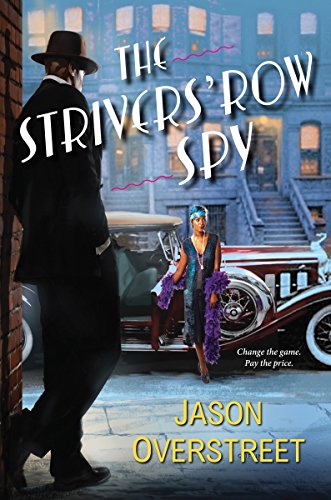 The 1920s is one of those decades everyone seems to look back at with fascination and nostalgia. The Roaring Twenties is often defined as the Jazz Age, a time when it was fun to be young and cast aside inhibitions. Within African American culture the 1920s is known as the Harlem Renaissance or New Negro Movement.

Harlem was the center of the black world. It was the place of opportunity and a time to move beyond the painful legacy of slavery. Coming after World War I and the returning of black soldiers to America, there was a new way black people began to see themselves. Even the Russian Revolution of 1917 gave some black intellectuals an insight into a different form of economic system.

A number of black intellectuals became attracted to Communist ideas and even traveled to Russia. Overshadowing the 1920s however was Marcus Garvey’s back to Africa movement. His Universal Negro Improvement Association (UNIA) began to attract thousands of followers. It contrasted sharply with the rise of the National Association of Colored People (NAACP) represented by the scholar and activist W. E. B. DuBois, which placed emphasis on complete integration into the American mainstream.

Novelist Jason Overstreet has done a phenomenal job of weaving a story of mystery and intrigue against a Harlem backdrop. It begins with the main character Sidney Temple being recruited by the Federal Bureau of Investigation after graduating in 1919 from Middlebury College in Vermont. Temple meets a young J. Edgar Hoover who is just getting started heading up an agency he hopes will protect America from the threat of Communism. It is Hoover’s belief that three individuals pose a major threat to the country’s security. They are Max Eastman, Marcus Garvey and W. E. B. DuBois. Hoover wants Temple to spy on these men.

What makes The Strivers’Row Spy a good read is how effortlessly he is able to weave the fictional lives of his characters into historical ones. This book is the result of what one can only imagine was a hefty amount of research. It’s a book that can be read just for the various names Overstreet mentions in almost every chapter.

Still there is the story to be told about Temple’s marriage to Loretta. There is Temple’s own internal conflict of what he considers the future of black people in America. His decision to protect DuBois from Hoover’s trap while spying on Garvey’s political activities is at the core of this book. Spies are spying on spies in The Strivers’ Row Spy.

One will find violence and the typical film noir moments in this book. Overstreet provides details of how people dressed during the 1920s as well as the cars they drove. His description of the middle class black neighborhood in Harlem is what gives the book its title. Strivers’ Row is where the hopes of a race reside.

Temple views Garvey’s movement as a threat to this lifestyle. He dislikes Garvey’s criticism of DuBois. Unlike the typical undercover agent or spy Temple has his own beliefs and who he wishes to serve. There is a loneliness he must confront while protecting all the people he loves and holds dear. Temple is caught in the middle of issues personal as well as political. His dilemma seems timely when viewed against today’s racial problems.

Race matters in this novel but so does love. The relationship between Sydney and Loretta is central to the beginning as well as the end of this novel. It would be nice to see Jason Overstreet’s story on the big screen with actors playing such important historical figures as Claude McKay, Adam Clayton Powell Sr., Hubert Harrison, and of course Garvey and DuBois. Until that day, one can continue to keep Harlem on one’s mind.