Strangers at the Gates 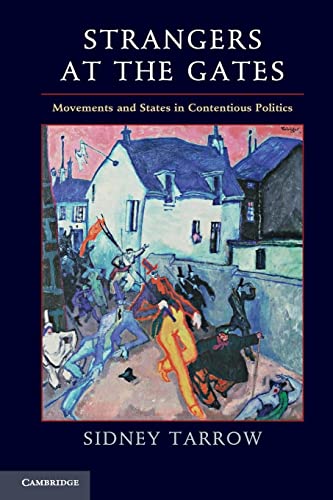 “. . . a very good textbook for students of political science and political sociology.”

Against the background of the Arab Spring and worldwide protests for the reform of financial institutions, the publication of Sidney Tarrow’s book Strangers at the Gates is very timely.

The book takes stock of research carried out during the last 50 years on social movements in an attempt to develop a dynamic theoretical framework for analyzing the emergence and impact of contentious politics.

According to Mr. Tarrow, social movements and their members are “neither as independent of the polity as they like to portray themselves, nor as ensnared in institutional politics as many later become. They are ‘strangers at the gates’ who operate on the boundaries of the polity, in an uneasy position that explains much of the ambiguities and contradictions in their strategies, composition and dynamics.”

It is for this reason that in order to understand social movements and predict their impact it is important to not only pay attention to structural factors, such as inequality, but also the mechanisms and processes of mobilization. This includes the systematic compilation of events, such as protests, as well as the analysis of discourses and the way in which ideas and terms get transplanted in different contexts. Moreover, it is important to keep an eye on the relations between actors engaged in social movements and those active in political parties or, even, public administrations.

Social movements rarely have a direct or immediate impact on policy, but their midterm indirect effects are often quite significant.

There are two main impact pathways: either through members who abandon activism in favor of conventional politics, and/or through the part adoption of the ideas or claims of social movements by political actors. The degree of impact depends additionally on the movement’s tenacity over a period of time or at the transnational level.

Sydney Tarrow’s theses are backed up with the help of examples—historical and contemporary—and this constitutes Strangers at the Gates: Movements and States in Contentious Politics’ positive features.

A negative point is its exaggerated academic style in terms of relating to (and acknowledging) secondary literature. Unfortunately, this is likely to decrease the book’s outreach. In any case, Strangers at the Gates represents a very good textbook for students of political science and political sociology.