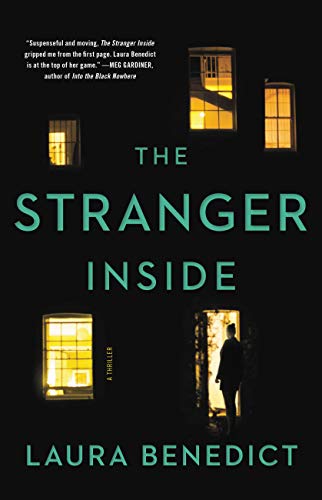 “suspense-filled action comprised of secretive activities, vengeance, murder, envy, and iniquity that is sure to whet the appetite of true lovers of psychological thrillers.”

Thirty-eight-year-old Kimber Hannon returns home from a four-day retreat at the lake. A sales rep for a local radio station in the St. Louis area of Missouri, she welcomes the chance to relax and unwind. Now she is looking forward to returning to her comfortable Craftsman bungalow, but for some reason, her key is not working. What the heck?

She notices a man inside, but he won't open the door when she knocks, so she phones the police. When they arrive, her nosy elderly neighbor, Jenny Tuttle says the man, Lance Wilson, is renting the house for six months. How is this happening? Kimber would never let someone else take over her house.

Lance appears confused by the ruckus and tells the cops he has a legal right to be there. He produces the rental agreement with Kimber's signature on it. But Kimber believes the document is forged, for she did not rent out her home, especially since her deceased father left it to her. When she tries to gain entrance, she accidentally trips Lance causing him to fall. He whispers to her, "I was there. I saw what you did."

What is he talking about? Kimber is stymied, especially when he insists she be arrested for assault. She calls Gabriel Silva, a lawyer and a man she almost married, and after spending the night in jail, she is released. Because it appears Lance's lease is binding the police will not evict him. Kimber cannot return home, so her best friend Diana offers her shelter until she can get things straightened out.

Something about this man puzzles Kimber. She never met him before, but there is something familiar about him. She remembers a situation that happened many years ago with her older sister, Michelle when they were in high school. Michelle kept finding letters in her locker insinuating her father was less than the man he shows himself to be. Then the notes become more offensive and not long after that, 16-year-old Michelle died accidentally. Kimber, 14 at the time, wonders if this guy had been present at her sister's death. What does he know, and why is he intimidating her now?

Kimber's life is escalating out of control. Her employer discovers she's been padding her expense account, which is causing her more problems, though she denies the allegations. She is lucky to have the support of her friends, her ex-husband, her parents, and her ex-lover, but Kimber has many secrets—secrets she will not disclose. Have things in her past come back to haunt her?

When Diana's husband and daughter are in a car accident, Kimber realizes she must find another place to stay. For many reasons, their once close friendship disintegrates, and against her better judgment, Kimber calls Gabriel. When Kimber refused to marry him, the end to their relationship caused Gabriel severe depression. It wasn't because she didn't love him, but because she found him too domineering, and she would never consider spending her life with him needing to know her whereabouts every second. But now, if she spends only a few days until she gets her house back, it will be okay. Is she making a mistake? Will he think she wants him back?

"How good would it feel to go home with Gabriel, to forget everything that's happening? It's the wine, it's on the wine, she tells herself.

"'Please don't go back o your house. Just stay away. You're tough and I know you're used to taking care of everything yourself, but this isn't something you can do alone. Okay?'

"The tender moment is gone, and her defensiveness kicks in. 'It's my home. He just took it away from me, and it makes me sick to think of him using my things, standing in my shower, touching everything. Maybe even breaking stuff. If I let myself think about it, it makes me physically ill. I feel absolutely freaking powerless.' I will not cry, I will not cry. It's just the wine. But the tears spill anyway, stunning her with their sudden ferocity. . . .

. . . "When Gabriel put his good arm around her and rests the weaker one lightly on her hip, she lets herself lean into him. The way he strokes her hair feels so right to her that she doesn't want him to stop. Gabriel, who always cared too much.

"I can't care enough. Not for anybody. What's wrong with me?"

This page-turner offers suspense-filled action comprised of secretive activities, vengeance, murder, envy, and iniquity that is sure to whet the appetite of true lovers of psychological thrillers.