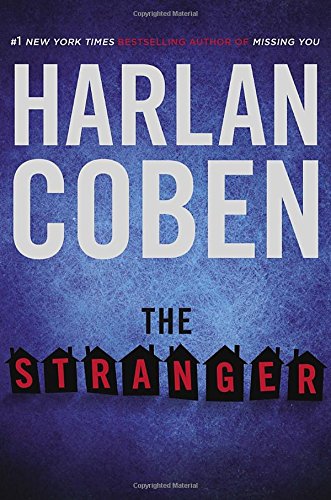 Harlan Coben is the bestselling author of 16 previous novels, including the #1 New York Times bestsellers Long Lost and Hold Tight. He is the winner of the Edgar Award, the Shamus Award, and the Anthony Award.

In The Stranger, Coben creates a mystery/thriller that illustrates the power, and more importantly, the danger of keeping secrets.

We all have secrets—some we share—others we don’t dare. The latter are the type Coben’s story focuses on. In this gripping tale, a stranger approaches people when they least expect it—in parking lots, sporting events, even bars. The man has somehow discovered a harmful secret that someone close to the people he chooses has been keeping. Perhaps a spouse, family member, or even a colleague has done something so terrible or devious that to have the secret exposed would ruin them. After relaying the bad news, the stranger disappears as quickly as he appeared, leaving the individual in a conundrum—do they approach the secret keeper or do nothing?

Adam Price has had such a visit. The stranger informs him that his wife, Corinne, has been living a lie. After much introspection, Adam confronts his wife about what he’s been told but she’s reluctant to confirm or deny.

Adam’s once idyllic life and marriage are in jeopardy, and to make matters worse, Corinne then unexpectedly disappears. Their two sons are naturally curious about their mother’s whereabouts, but Adam chooses not to tell them she’s missing. He simply says their mother is on a work related trip; however, their concern and worry are palpable. They know something is terribly wrong.

His wife now missing, Adam begins a quest to not only find her, but also locate the stranger. It helps that Adam is a former prosecutor; he has a few investigative tools he can use as he delves into this mystery.

The tale twists and turns as it peels back layers of what appears to be the quintessential all American small town. But people he formerly trusted now seem to have become adversaries. Adam discovers the stranger has exposed other people’s secrets as well, some of them criminal in nature. Moreover, the deeper involved he gets in his own investigation, the more troubling “the stranger” becomes.

This novel has all the elements of a Harlan Coben thriller. The suspense is nerve wracking at times, and the obvious answers turn out to be wrong. The characters are strong and compelling. I would have liked a bit more fleshing out for a few of the tangential players, but the story works nonetheless. Once Adam chases down the key bad guys in this puzzle, the real action begins. The ending may disappoint, but will surely be a surprise for all.