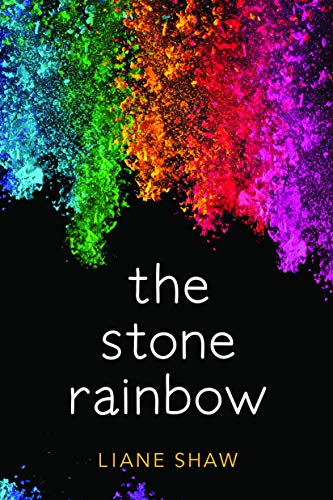 This young adult novel will appeal to young people who are questioning their sexuality or coming to terms with being gay. With this subject matter comes a responsibility to convey that there is nothing wrong with being gay and that being part of the LGBTQ+ community is fine in every respect. So, let’s see how well this book stands up to the challenge, shall we?

Jack is 17, gay, and living in Thompson Mills—a small town “somewhere” in rural America. His deeply religious Catholic mother disapproves of homosexuality and wants to cry every time she hears the word gay. Jack is lonely; he’s an only child and his dad left home years ago. Everybody at school suspects he is gay and avoids him like the plague, all except his friend, Ryan, who has cerebral palsy.

Jack also feels isolated at school and becomes so depressed he sees no option but to end his life by drowning himself in the local river. Thankfully, Ryan pulls him to safety. After sessions with a psychologist, his life improves. He starts to think about the future and feels it will be better to leave Thompson Mills after high school and study in the nearest large city instead.

While he is planning his future, a new vice principal is appointed at school and she brings along her son, Benjamin, an athletic and outgoing young man. All the girls at school fancy him but he’s not interested—he’s more interested in Jack. Their friendship grows as they get to know each other in art class. Benjamin is self-confident and self-accepting of his sexuality, partly because of his supportive parents, which in turn has a positive effect on Jack. But then something terrible happens.

While cycling on the local dirt-track one day, a car of homophobes from their school deliberately causes Benjamin to veer off track and fall down a cliff. He is seriously injured. Doctors anticipate he will make a full recovery as long as he is treated at the city’s rehabilitation, which means he has to move away temporarily. Despite both boys being truly smitten with each other, Benjamin’s “accident” prevents their friendship going any further and curtails any opportunity for them to express and explore their feelings.

While Benjamin is away in rehab, Jack decides it is time to stand up for himself. He has had enough of the bullies and homophobes at school. He wants to be himself, to feel free and show everybody in Thompson Mills that being gay is absolutely fine. Benjamin’s acceptance of himself has brushed off on Jack and, feeling empowered, Jack applies to the town council for permission to hold the town’s first gay pride parade.

At first this is frowned upon, but eventually with Jack’s perseverance, it gathers momentum. Social media proves a powerful tool, and by the day of the parade, several hundred people are expected to attend. Despite all of Jack’s energy and zest being thrown into organizing the parade, his mind is transfixed with thoughts of whether Benjamin will be well enough to attend. With this comes the million-dollar question: Will Jack pluck up the courage to tell Benjamin exactly how he feels about him? Will his feelings be reciprocated? Will the two young teenagers become boyfriends? And if so, will their future be truly happy and fulfilling or will their romance become yet another statistic for love’s young dream?

This book is well written and shows a good degree of imagination, although at times the storyline proves predictable. But its biggest problem lies in the story being buried in the past as if the author is stuck in the 1990s and believes the world back then is the world now. Readers could easily get drawn into believing that America is overwhelmingly homophobic and that every gay person feels insecure and unable to live open authentic lives. Indeed, there are many countries in the world where being gay is illegal, and a few Muslim countries impose the death penalty for those who practice. But since LGBTQ+ people are, in the main, widely accepted in western democratic societies, this needs to be a more powerful message throughout the book.

Of course homophobia will raise its ugly head occasionally, but after reading The Stone Rainbow, readers may wonder if a remote village in Catholic Ireland would be more accepting of gay people than rural America.

Jack’s mother, a practising Catholic, believes homosexuality is a sin. Perhaps somebody ought to tell her that approximately 60% of Catholic priests are gay. Are religious people like Jack’s mother blind to the church’s hypocrisy toward homosexuality? Her religious convictions and her struggle to accept his sexuality has such a detrimental effect on his mental health. Where is her love, you might ask—where is her love?

The book works well on some levels; for example, Jack’s idea of holding the gay pride parade shows his courage and determination to educate and promote diversity. However, the book falls way short in other areas. The core problem is its portrayal of American youths in high school (about to graduate) who are ignorant about LGBTQ+ issues and hardly know anybody who is gay, bisexual, or trans (in today’s world, really?). This almost alien concept simply seems implausible. Therefore, in terms of awarding marks out of five for The Stone Rainbow, readers may not score it any higher than a three.