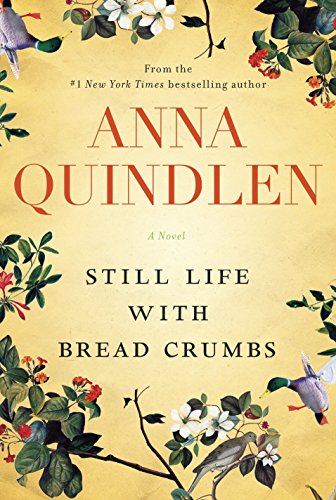 Many women born in the 1950s chose their life path by the time they reached adulthood, dreaming of marriage, children, a home, and if manageable, a fulfilling career. Few expected their path to stray.

Married out of college, Rebecca Winter possesses all the above: a wonderful son, a professor spouse, and a beautiful apartment in New York. At times, her husband Peter acts pompous, but she accepts his slights in stride. As her career escalates and she becomes a highly acclaimed photographer, her marriage crumbles. The final straw occurs when Rebecca catches Peter with another woman.

Now at age 60, Rebecca is adrift. Her occupation on the wane, her son grown, she is faced with the financial burden of her mother's nursing facility and the rent on her father's apartment while her own bank account dwindles. She sublets her Manhattan home and heads to the mountains where she signs a lease on a cottage . . .  one completely different from what was pictured on the Internet.

Not at all familiar with the country, Rebecca wonders how she'll adjust to her new setting, but she’s made her choice. She needs the income from her apartment to cover her financial responsibilities.

Sarah, owner of the local restaurant Tea for Two (Or More), is thrilled when Rebecca comes in for coffee and to use their wifi. Sarah recognizes Rebecca from her success with her "Still Live with Bread Crumbs" photos which once rocked the art world. Gregarious and overly chatty, Sarah befriends Rebecca and proudly displays her work.

Early on, Rebecca is awakened one night by what she thinks are gunshots but which turns out to be a raccoon in her attic. Through Sarah's recommendation, she hires local roofer, Jim Bates, who traps the animal and patches the hole in the roof. The two become unlikely allies, Jim her junior by 15 years, but both of lonely.

Depressed though determined not to let her situation get her down and rather than spend her days trapped in the dilapidated cottage Rebecca walks the mountains and forests to shoot photos, hoping to jumpstart her career. She trudges the countryside and comes upon small white crosses in different areas. Beneath each one is a symbol of someone's childhood. Puzzled by her findings, she snaps them, not sharing her findings with anyone else.

When a stray dog shows up at her door, despite not being a canine person she takes him in and the two become comrades. Out of boredom, Rebecca photographs him and is surprised when on display at Tea for Two, they are purchased—though not at her usual Manhattan prices.

A blizzard hits and Rebecca and Dog are stranded in her tiny abode with no power. Jim comes to plow her out and start a fire, and he ends up spending the night. Charmed by him, Rebecca believes it is ludicrous to be with someone so much younger, yet she recognizes something genuine about him.

One of Rebecca’s albatrosses is her narcissistic mother to whom she tends:

"Rebecca had to approach her though it was unlikely the woman would look up. If she did, it was unthinkable that the woman would recognize her only child. Not that the flat, slightly suspicious look in her blue-gray eyes would be much different from the way she had looked at Rebecca when she was a girl, or a young woman. 'Some women, they shouldn't have children,' her grandmother had once muttered, and for a long time Rebecca had agreed."

Written from the heart Still Life with Bread Crumbs digs deep into the female psyche, bringing hope to those who may be dealing with similar situations while telling a heartrending tale of transformation, love, and self-discovery.