The Starlet: A Novel 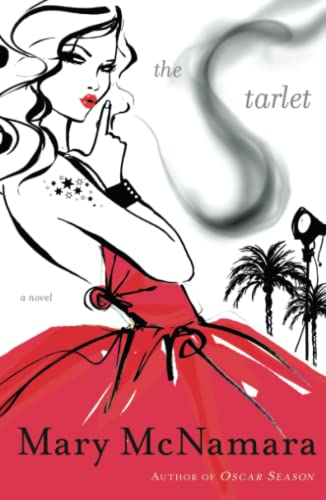 Mercy Talbot has it all: undeniable beauty, immense wealth, an Oscar worthy talent, and an out of control lifestyle full of sex, drugs, and alcohol. All of this will more than likely end in total self-destruction. And she’s only in her early twenties. Mercy is the star everyone loves to hate and hates to love.

You know her type: She’s the one who has it all but just cannot seem to keep anything together. Followed endlessly by paparazzi, Mercy has an entire team dedicated to keeping her in working condition, including her overly controlling mother who feeds her drug habit on a regular basis, and producers who will do just about anything to get her on camera. As they say: With friends like these, who needs enemies?

However after the ”accidental” death on location in Italy of her co-star and lover, Lloyd Watson, can anyone really halt Mercy on her path of self-destruction or is she destined to be next in the line of stars gone before their time? In a drug crazed state, Mercy finds herself on top of a centuries-old fountain, contemplating a jump that may very well kill her—or at least expose her nude to the entire world—until she is saved by the most unlikely person of all.

Enter Juliette Greyson, a Hollywood pro from L.A. She’s trying her best to get away from “the celebrity craze” while on vacation in Tuscany, when she is confronted with the ultimate decision. Should she stand by and watch an inebriated young star jump from a fountain while being egged on by paparazzi or reach out to a girl and end up forever in the spotlight? For someone with a former drug habit and a conscience, the choice is a no brainer. Welcome Juliette Greyson to the spotlight, the last place on Earth she would like to be. While trying to cope with her own love life and past, Juliette must now deal with Mercy and her army of staff as they take over the only oasis Juliette knows—her Tuscan family retreat, Cerreta.  Did we mention that this army also includes Juliette’s former flame, actor Michael O’Connor? Let the drama begin.

Straight from the pages of US Weekly or the screens of TMZ, Mercy Talbot is the character embodying all the young girls of Hollywood that we constantly shake our heads at but cannot seem to turn away from. We may not agree with their lifestyles, but we still clamor for information about them. A guilty pleasure that is sure to be a hit on the beach, Mary McNamara has hit the nail on the head with this gossip filled celebrity book that will have readers clamoring for more. In a novel that reads like a celebrity magazine in all the right ways, The Starlet is sure to fill your need for gossip while also letting you indulge in a roller coaster ride of Hollywood proportions.