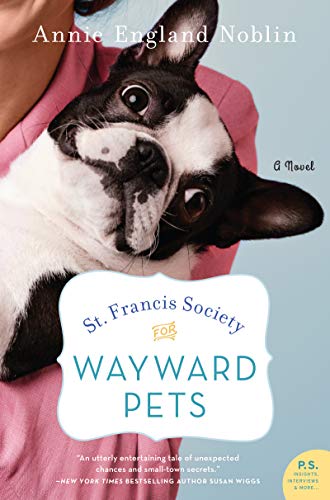 Maeve Stephens, a 36-year-old sportswriter has just lost her job when the periodical she writes for claims bankruptcy. To make matters worse, she catches a video of her so-called boyfriend, Washington State Mariners left fielder Derek Mitchell kissing another woman on the six o'clock news. What else could go wrong?

Two weeks later, without an income and only meager savings, Maeve is forced to leave her apartment in the city of Seattle and move back in with her parents in the suburbs. It is humiliating, especially when her mother constantly praises her dentist brother Eli and his perfect wife, Kate and their precious kids, Rowan and Theo. Eli has his life together, so why can't Maeve? But Maeve adores her younger sibling and is happy for him.

She and Eli both were adopted and are not the biological children of the Stephenses, but they enjoyed their childhood and cannot complain. However, isn't it in the back of every adoptees' mind to question why they were given up? Slightly disconcerted to have never been contacted by her biological mother, Maeve is still hurt about believing she was unwanted.

Imagine her surprise when she learns her birth mom Annabelle—who has been living only four hours away in the small town of Timber Creek—has died and left Maeve all her possessions. Unsure how she feels about this, she makes the decision to attend the funeral hoping for closure, deciding to sell Annabelle's house, for she wants no part of her.

After the service, Maeve is invited to a gathering at the house of the well-known author Abel Abbott.

"As we waded father into the vast living area, the whispers quieted, and everyone offered me a sympathetic smile. Actually, I realized, the smiles were for Alice. Some gazes slid over me, but many of them lingered, scrutinizing me before turning away, only to look back again seconds later.

"'It's because you look so much like Annabelle,' Alice said.

Alice introduces Maeve to three other women: Eva, Florence, and Harriet. Florence owns a knitting shop in town and the four avid knitters belong to a club known as the St. Francis Society for Wayward Pets—a group Annabelle had also been involved with, and they all knitted sweaters for pets!

After the gathering Alice brings her to Annabelle's home, now Maeve's, where the two discuss Annabelle and Maeve's current situation and inheritance.

"'I'm sorry you had to find out like that,' she said once we were settled in two comfortable rocking chairs on the wraparound porch. 'I should have had Gary [Annabelle's lawyer] call you before the funeral.'

"'It wouldn't have mattered,' I replied. 'I don't want anything of hers.'

"'I know you must be angry at her,' Alice continued. 'Giving you up the way she did. But she never forgot about you. She always loved you.'

"'If she loved me so much, then why didn't she want anything to do with me?' I asked. I knew it sounded petulant, but I couldn't help it. I was angry.

"'It had nothing to do with not wanting you,' Alive replied. 'There were circumstances beyond her control, or even mine, that prevented her from keeping you.'

"'What circumstances?' I asked.

"Alice shrugged. 'She had no family, you know. Her parents died when she was fourteen, and she was an only child. My parents took her in, but they didn't have any money to speak of. She was a seventeen-year-old girl who was, for all practical purposes, alone in the world. She wanted better than that for you.'"

Seeing Maeve has no employment prospects, she decides to stay in Timber Creek a while, and before long she finds she loves the quiet town. Florence offers her a part-time job at her shop and even teaches her how to knit. She soon becomes invited into their "club," and begins feeling an intimacy to the women her birth mother was close to.

Not only has she inherited Annabelle's home and possessions, but she's also acquired her feisty cat named Sherbet, who immediately takes a shine to Maeve. When a stranger tries to dump his dog off on her, Maeve tells him she is not Annabelle, but days later she returns home in the pouring rain and finds the unhappy canine whimpering and chained to the post. She desperately tries to cut the chain off the dog's neck, when Abel, who lives up the street, appears and offers his help. Maeve is distraught. What can she do about the poor creature who is suffering and bloody around her neck?

As time passes, Maeve settles into her new home, now finding herself in charge of two critters, realizing how much she depends on them as they do on her. She learns more about Annabelle's past and befriends the widowed Abel, with whom she has a definite attraction. He's been alone for a long time and doesn't want or need any love relationships. Or does he?

This novel is told in two points of view: Annabelle gives her history in the third person, with snippets to understand her better. Maeve's story, in the first person, offers a greater empathy for her as well and the chance to commiserate with what she is dealing with. Though the title of this novel is somewhat mystifying, for animals only play a small, but significant part, the conclusion gives credence as to why this was used.

St. Francis Society for Wayward Pets is emotional and thought-provoking with several backstories giving depth and dimension to make this a highly gratifying read.