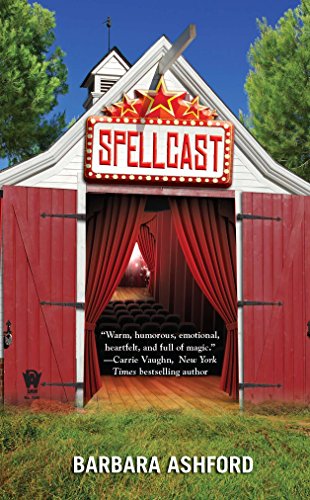 “Packed with mystery, emotion and wit, Ms. Ashford’s debut is so unexpected and original. . . . It’s about letting go, learning to forgive, and opening your mind to embrace the impossible.”

Maggie Graham has lost her job and her life is seemingly stuck on pause as she goes through the motions of the same deadend career choices and failed relationships.

Returning to her Brooklyn apartment, Maggie is soaking in the tub, contemplating her new position among the ranks of the unemployed, when the bathroom ceiling suddenly caves in. Through the tears, Maggie calls the building’s super, and then packs a bag for an overdue weekend respite in Vermont.

Surviving six hours of city traffic, Maggie comes to the proverbial end of the road which bears a sign for Hillandale—Hill to the right and Dale to the left. Despite thoughts of turning right, Maggie turns left to Dale. The drive takes her past a quaint town with a white barn that elicits feelings of déjà vu and the impulse to stop. Still focused on finding a bed and breakfast, Maggie decides coffee is just the thing to clear her mind.

Pulling into the Chatterbox Café for a much-needed caffeine fix, she puts in her order with the waitress. As Frannie begins pouring the coffee, Maggie notes a framed photo of the white barn—the Crossroads Theater. Upon hearing that Maggie has not yet auditioned for summer stock, Frannie holds the coffee hostage and gently walks Maggie to the door, ignoring her passionate pleas to reconsider the request.

As Maggie comes upon the Crossroads once again, her foot seems to come off the accelerator automatically as she surrenders to the insistent pull toward the front doors. Though her audition starts out a bit rusty, it’s not long before her acting experience kicks in and her voice begins to soar.

Maggie is chatting with the rest of the acting hopefuls when the cast list is posted. She is shocked to see who has been cast in various roles—especially herself. Unsure what the director’s motivation could be for his decisions, Maggie isn’t sure if she’s going to stick around long enough to find out; however, the same feelings that lured her to this place are the same ones that convince her to stay.

As time goes on, Maggie realizes the cast list isn’t the only peculiar thing about the Crossroads. From the theater’s mysterious director to the rest of the staff in the small town of Dale, Maggie experiences something so magical that her life, and the lives of her cast mates, will never be the same again.

Barbara Ashford draws upon her own theater experience, pouring a bit of herself into Maggie Graham, and the resulting mix of musical theater and fantasy is nothing short of fantastic. Packed with mystery, emotion and wit, Ms. Ashford’s debut is so unexpected and original.

As is often the case with fiction, the names of the characters and places are more than just names—as the theater’s moniker attests. Despite the other cast members having no acting experience, each one is at a junction in their life and, similar to Maggie, just needs a little nudge to find the right path. The roles they play at the Crossroads, along with a little bit of magic from the director, help them find their way.

Spellcast is a journey and the Crossroads the catalyst that gently compels its cast members to look deep within and uncover the beauty of who they truly are. It’s about letting go, learning to forgive, and opening your mind to embrace the impossible.