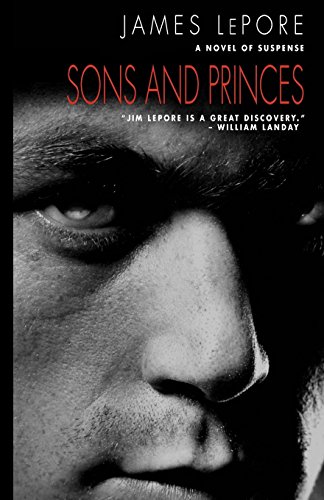 “. . . an in-depth, behind-the-scenes look into a world where retaliation is the path to respect and forgiveness often comes in the shape of a bullet.”

Joe Black: dark, powerful, and deadly. Husband to Rose, father to Chris and Joe Jr., Joe Black was an enigma to his family and a curse to whomever crossed his path. Word on the street says competing crime boss, Jimmy Barsonetti, had Joe Black killed after he made Joe an offer that was refused. Taking it as a sign of disrespect, Barsonetti not only had Joe dismembered, but rumor has it he boiled down Massi’s head, the skull of which now resides on his desk.

To make an even bigger point, Barsonetti had Massi’s straight-and-narrow son, Chris, framed for stock fraud. Though he was acquitted, an old childhood friend turned adversary, Ed Dolan Jr.—now the assistant U.S. attorney—intent on revenging his own father’s death perpetrated by the hands of Joe Black—zealously champions Chris Massi’s disbarment.
By the age of 42 Chris has culled a successful legal career, only to see it wrongfully taken from him. Despite what his father did for a living, Chris was determined to stay out of the life. A short, five-year marriage to Teresa DiGilio, the daughter of powerful mafia kingpin Anthony “Junior Boy” DiGilio, was the closest he’d gotten to becoming a made man. When he could no longer avoid the pressure of fully committing himself to The Family, Chris holds fast to his principles and divorces Teresa instead.

Now Chris’ son Matt, about to turn 14 years old, has been posturing and increasingly emulating the mafia ways. The blatant display of arrogance, superior attitude, and disrespect toward his sister and others he deems to be below him might be written off as a phase in any other boy; but in the grandson of a don, it can only mean trouble. It is well known that anybody seeking to enter the organization will be required prove themselves by killing people—and Junior Boy’s grandson will be no exception.

With a possible hidden agenda, Junior Boy offers Chris protection and the opportunity to avenge his father’s death by killing Jimmy Barsonetti. As a condition, Chris requests Anthony’s help in gaining custody of Matt as a means to dissuade him from further romanticized idolization of the mob.

Given time to mull it over, Chris learns that Barsonetti isn’t the only player in the game. Ed Dolan, Jr. has taken his 25-year-old vendetta to new and dangerous levels. For Chris, the one thing he tried to avoid his entire life might not just be the only way back—but possibility the only way through.

Sons and Princes is a captivating, sins-of-the-father story recounting retribution for a lifetime of pain, death, and redemption that is played out in a nine-month slice of time; it is an in-depth, behind-the-scenes look into a world where retaliation is the path to respect and forgiveness often comes in the shape of a bullet.

James LePore proves quite competent in telling a dramatically gritty, hard-hitting story about one of the world’s most dangerous professions without the use of over-the-top or gratuitous violence. Impressively honing the razor-sharp line between right and wrong, Mr. LePore has a strong voice and solid prose that conveys a sense of elegance in its directness, yet possesses a quiet sophistication in its delivery.