Snowdon: A Life in View 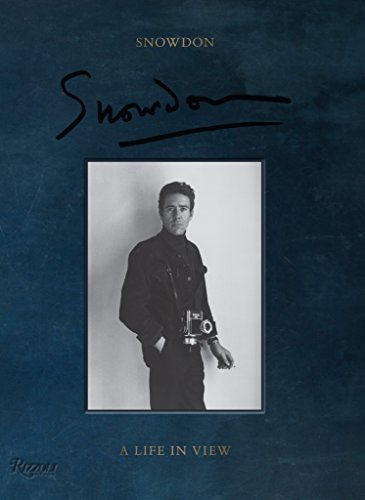 “A tinkerer, a diarist, a rake, a prince, an earl, a crusader, plus those matinee idol looks and a devilish with—he is all of that and more.”

This book is tough to write about as it is part autobiography, part memoir, and part remembrances from those who worked with Snowdon. Snowdon: A Life in View is a total love letter from his colleagues and children, an intimate retelling of an extraordinary life that still continues.

Antony Armstrong Jones, 1st Earl of Snowdon, was and is an excruciatingly efficient man who meticulously annotated almost every move he made during his life. It is almost unbelievable had there not been evidence of it all. This is a man who can be classified as gentleman, style setter, royalty, provocateur, teller of tales, inventor, designer, and photographer just to name a few. What is particularly wonderful is that little time is spent discussing the one pivotal moment of his life that catapulted his name into international recognition.

There really are not enough superlatives to do justice to this monograph. Besides all the wonderfully precise and well-written text, there is of course a body of work that renders the reader breathless. Having not really been terribly familiar with his body of work, this reviewer was awed and stunned by its breadth.

All the testimonials from the most notable figures in the world of fashion and the arts support the work’s excellence. It is a rare moment when a reader has no trouble realizing exactly what these people rave about.

As if all this is not enough, a great humanity is expressed by the artist through his work. It would be difficult not the think that he has been highly instrumental in allowing for the perception of 20th century photography as an art form, let alone fashion photography as a serious form of art.

Specifically there are few instances that were especially wonderful. The first is an unpublished interview with Alexander Liberman in which Snowdon is particularly antagonistic, seeing if he could bait the famed editor into saying what he did not want to say. And then there are of course the letters from the famed Mrs. Vreeland, which can only be ascribed to her and her and her own form of genius.

The first person to be featured in his interaction with Snowdon is Graydon Carter, he of Vanity Fair fame, and from page one of this volume he summed it up best:

“A tinkerer, a diarist, a rake, a prince, an earl, a crusader, plus those matinee idol looks and a devilish with—he is all of that and more.”

This is a coffee table book that must be read and reread time and again. Antony Armstrong Jones is and was a true renaissance man who quite possibly changed our vision regarding all aspects of photography.