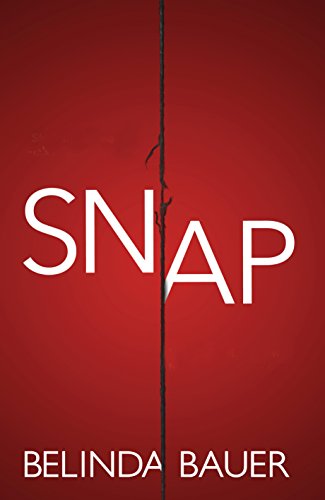 “a different kind of police procedural, drawing together the threads of three seemingly unrelated lives”

Jack is a burglar, a breaking and entering expert the police have nicknamed “Goldilocks” because he chooses homes where the occupants are gone, trashes the place, then sleeps in their beds overnight. He’s good and he knows it, because he was trained by the best, Smooth Louie Bridge, the local fence.

Why is 19-year-old Jack such an accomplished thief? Because when he was 12, the car his mother was driving developed trouble and she went for help, leaving Jack in charge of his two sisters. Mum never came back, and their father never recovered from the loss. Three years later, Dad went out and never returned and since then, Jack’s been in charge. Thievery was the best way he found to take care of his sisters and prevent Child Services from separating them.

Expectant mother Catherine White awakens from a nap to the fact that someone has been in the house while she slept. She doesn’t see him but there’s a message written on the back of a birthday card, left where she’ll find it.

“I could have killed you.”

Jack has been in Catherine’s house where he found an item making him think she knows something about his mother’s murder. He begins a campaign against the mother-to-be, designed to make her go to the police, to have them reopen his mother’s cold case, but Catherine’s doesn’t do as he plans.

“He had broken into Catherine White’s house and left a note threatening to kill her. She would see it. She would call the police. The police would investigate and connections would be made. Knots would unravel and the man who killed his mother would finally be caught . . . but it didn’t happen.”

Catherine fights back. She’s determined to discover who Jack is and why he’s frightening her so.

Catherine and Jack are on a collision course—a young man wanting to finally bring his mother’s killer to justice and give his siblings closure, and a young woman who doesn’t know how she can have anything to do with a long-ago crime.

Then a disgraced policeman is transferred to a new precinct, and he’s convinced he’s going to discover Goldilocks’ identity and close that specific case once and for all, but when he arrests Jack, he finds a lead he doesn’t expect on a very cold case.

Will Jack’s arrest prevent him from avenging his mother’s death? Or will Marvel be the key to finally solving it?

“A serial thief who assumed he’d found the knife that killed his mother in a house he burgled. That might be the biggest coincidence he’d encountered in twenty-two years in homicide, or it could be the twisted imaginings of a disturbed child.”

Told from the viewpoint of Jack, Catherine, and the policeman Marvel, Snap is a different kind of police procedural, drawing together the threads of three seemingly unrelated lives, showing how, without knowing it, each is involved in the crime that changed Jack’s life over a half-dozen years before.

Giving enough background on each participant to make the reader care what happens to them, the story pursues a relentless course to reveal the killer for whom Jack has searched for so long. There will be empathy for the half-orphaned boy and his sisters, as well as for Catherine, and perhaps a little sympathy for the killer also, as his current, nonviolent life is destroyed by Jack’s discovery.

With its twists and turns, Snap builds to a relentless climax ending Jack’s search for ever. The final chapter, in which “anger left Jack like a balloon, and even through his tears he felt so dizzy with joy that he wondered why he had held on to its cruel string for so long,” will stay with the reader for quite some time.