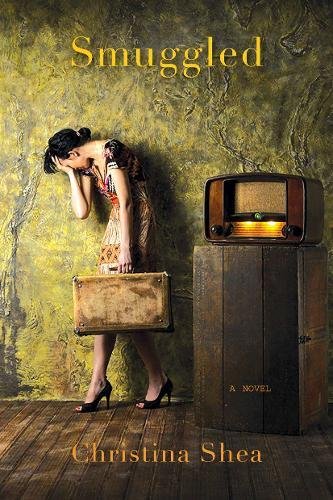 “Smuggled is a good read that reveals how history can impact individual lives.”

Although it is unlikely to go down in the annals of great World War II or Holocaust literature, Smuggled tells a compelling tale.

Set against a backdrop of war-ravaged Eastern Europe and antiSemitism, and covering nearly 50 years in the life of Hungarian refugee Eva Farkas, the story begins when she is a five-year-old child being smuggled out of Hungary by her Jewish mother and the man with whom she has had her love child. It ends when she returns to Hungary at the age of 51 after living in exile in Romania during the intervening years.

Eva is a quiet child who grows ever more resourceful as her life takes its often cruel twists and turns. She is a survivor, both physically and emotionally. For example, when her hand is maimed during a street attack, she stoically refuses to tell anyone what caused the injury. She spends years in Romania with her less than affectionate Aunt Kati and peripatetic Uncle Ilie, to whom she has been sent sewed into a potato sack, but she remains obedient and calm. She even quietly accepts being called Anca instead of Eva. Only her friend Peter and a female pharmacist who teaches her tennis save her from complete despair.

Later, as a university student, Eva excels in languages and becomes a ping-pong champion as Romania begins to crumble under communism. But then she is beaten up for refusing to throw a game. Still, she picks herself up and keeps going.

Struggling with her political views, she quickly learns that survival often requires the protection of powerful men. Eva/Anca prostitutes herself, marries a man she doesn’t love, and loses the child conceived of this union. She also loses her fertility. And still she goes on.

Finally, in 1991, at the age of 50, Eva Farkas returns to Hungary in search of her roots. Taking up residence in a spacious apartment and working in the sundries shop of a new western hotel, she befriends Levente, an abused child, who begins to replace the son she has lost. She also meets Martin, a kind American teacher 11 years her junior, who among other things, raises homing pigeons.

Eva, of course, has also found her way home into Martin’s heart. Together, having married, they rescue and adopt Levente. Now “they run, laughing, up the street,” presumably to live happily ever after. (One wonders why stories of women who suffer always end either in marriage or death?)

Eva’s journey across borders and her metaphorical journey to adulthood make for an affecting story. The narrative trajectory is supported by critical historical realities such as the hardships endured by Romanians under the dictatorship of Nicolae Ceausescu, and by significant events like the fall of the Berlin Wall. One wishes, however, that the characters had come to life a bit more and that there had been more dramatic tension. In short, more show and less tell could have made this story truly gripping.

Nonetheless, Smuggled is a good read that reveals how history can impact individual lives. Eva, had she been able to stay with her loving parents in her native land and benefited from her education and natural gifts of intelligence and endurance might have had quite a different tale to tell. Perhaps in that one she might have found happiness as well—but in that scenario, would it have taken a man and a child to make her feel complete? Or might there have been another route to fulfillment? That, we’ll never know.