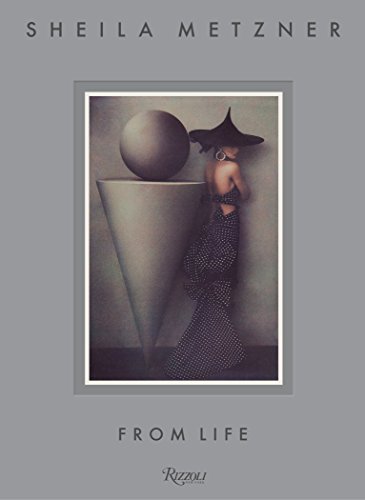 While the name might not be the first one that comes to mind when speaking of the greatest 20th century photographers, Sheila Metzner is unequivocally one of the greatest artists to ever wield a camera. While she would disagree with stating that her work is testament to the art of photography, I am confident that all readers would agree.

Sheila Metzner: From Life is one of the most intimate accountings of a creative. Metzner genuinely speaks of her journey from the heart and exposes herself in ways that most authors within this genre would eschew. She is real. She is emotional, engaged, and talented beyond imaginings. In her fashion work she is like = Deborah Turberville in terms of output.

Her notoriety was built on the foundation that she had already worked with the greats of the craft as a creative director for one the most legendary advertising agencies of the 20th century, BBD & O. She shattered that glass ceiling of being the first female to rise to that position and went on to continually burst through barriers creatively and via her incredible vision, capabilities, and technique. She is an anomaly in comparison to today’s photographers who rely on Photoshop and a huge amount of styling, which yield at best rather pedestrian and over edited images

Her oeuvre is haunting yet personal and makes it clear by the rank she holds in the hierarchy of great photographers.

This is one of those books that is a must read for those who consider themselves informed on the subject of photography and for those who wish to read and learn from one of the greats. Even the fashion crowd will be fascinated when they read and are able to see the body of work presented as a whole. If you have a soft spot for those who are creatively blessed then this is a must read.