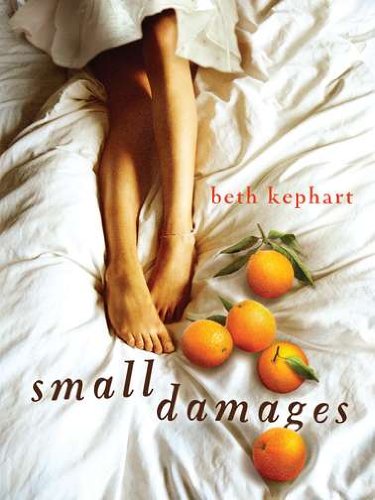 Following the loss of her father, Kenzie considers herself “half orphan.” Her sadness makes her feel as if the world has lost its color, and her boyfriend Kevin, to his credit, steps up and shows her in a big way that the world is still a vivid place.

Both Kevin and Kenzie are set to attend college next fall—he to Yale and she to Newhouse to study filmmaking. One night of carelessness changes all that—at least for Kenzie.

A teacher once told Kenzie to watch the pronouns in the book they were reading, because they will tell you who the story is about. Kevin’s next inquiry tells her all she needs to know: “What are your options?”

It is decided that Kenzie will go to Spain, where a friend of her mother has arranged a place where Kenzie can work and live until the delivery—and has found a couple to adopt her baby. Kenzie is left feeling alone, invisible, and unconnected. Though this story may belong to Kenzie, the decisions apparently do not.

At first, Spain holds no answers for her. If anything Kenzie is still waiting for some kind of validation that what is happening to her is real, that despite the perceived indifference of all the people she meets, she is indeed made of flesh and blood and not just a figment of her own imagination, a veritable apparition who only seems to be told what to do rather than asked.

It is through her loneliness that Kenzie tells her story to the only person who will listen: her unborn child. Throughout her journey of self-discovery, Kenzie speaks to her baby, pointing out significant events or important thoughts and feelings—all the time wondering how she is expected to give her child away and then return home to live a normal life, as if the past nine months were nothing more than a simulation or an inconvenience easily remedied with a wave of her mother’s hand.

Beth Kephart structures Small Damages in an incredibly realistic manner. Kenzie’s controlled scattering of thoughts and emotions are perfectly illustrated, while Kenzie herself is rendered in a quiet prose that speaks volumes—like a flame that starts out burning bright and then slowly begins to fade until it looks as if it will extinguish, instead smoldering just under inert ash, whose gray surface belies the heat that it still contains.

Small Damages finds the middle ground in dealing with a situation neither hoped for nor heralded, but nonetheless very real and requiring serious consideration. Kenzie is not proud of the position she has put herself in. What’s done is done, but it’s what she does next that will really matter.