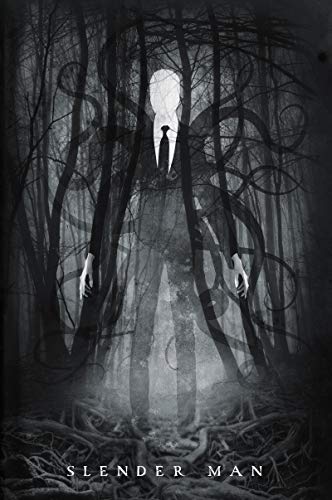 “this novel is definitely a heart-pounder, and a good incentive to sleep with the lights on. Kudos to Anonymous for a chilling addition to stories of this urban legend.”

Matt Barnett’s parents are no worse than any other teen’s, but his nightmares and sleeplessness have them sending him to a psychologist who suggests he keep a journal as part of his therapy.

“I never used to be able to remember dreams. For the last couple of months it hasn’t been like that. At all. I can remember every single bit.”

When his friend Allison disappears, Matt is as concerned as everyone else, even if he isn’t obvious about it. “I lay in the dark with my head full of images of all the worst possible things that could happen to Lauren.”

Allison and Matt have been friends all their lives. Though drifting apart as teens, they’ve kept their friendship alive through texting. When Allison leaves her home in the early morning hours and is never seen again, rumor and gossip have a field day.

“Lauren was on her own. As far as the camera was able to show, she didn’t meet anyone outside the building. She went missing at 3:14 a.m. Wednesday morning, which won’t mean anything to anyone else but that’s exactly the time I woke up with my heart pounding and a scream rising in my throat.”

Matt knows Allison might run away to punish her parents, but she’d never stay gone so long. “She’ll some back. I know she will. She’ll come back and then everyone will move on to talking about something else. She’ll definitely come back. I hope it’s soon.”

Adding to the confusion, Allison’s ex-boyfriend is making sure that fingers of suspicion point to Matt who has been questioned twice by the police.

To make things worse, a novel Matt is working on has begun writing itself. It appears on his computer screen, containing chapters he hasn’t written.

Matt’s only solace is a chat room where he’s a member. He turns to them with the phenomenon of his novel but they simply think it’s part of the story. Only one, Ryan, believes him, and urges him to use extreme care in whatever he decides to do.

“That dream sequence opening reminded me of something and I’ve been trying to place it. I think I’ve got it. Did you ever read any Slender Man fic?”

In desperation, Matt hacks Allison’s computer searching for clues. In a photo folder, he finds something odd in the background of several pictures.

“There was something in the trees. A shape, a slightly different shade of black, tall and thin and spindly like a giant stick insect standing upright. Moving in the trees. Limbs like branches, all angles and narrow. Like it had too many arms or not enough arms.”

He recognizes it as the urban legend, the Slender Man, and knows who has Allison. He also knows that, dangerous or not, he’s going to rescue Allison.

“None of this is meant to be easy, the things that are hard are the things that matter. Maybe there are deep things, thing you can’t explain with science, that you can’t make sense of when the lights are on and you’re warm and safe. I think there are wild things in the dark.”

With those words recorded on his phone, Matt goes to do battle with the Slender Man.

Told in a documentary-style, epistolary format through the computer diary of its teenage protagonist, plus transcripts of recordings made from his phone and police interviews, the story unravels in frantic, chronological order, beginning with the moment Matt is asked by his psychologist to keep a journal.

Putting the story in a first-person point of view gives it a more visceral, panicky edge than if it were simply told in the impersonal third person. The readers get the nuances of Matt’s fear, his confusion as the story he’s writing completes itself without his help, and the fact of the parallels between that fiction and what’s happening in his own life, forcing his decision to rescue Allison.

In the parts of the story not told by Matt, the adults are seen from an adolescent perspective, slightly hostile, asking leading questions to which they’ve already formed opinions—in other words, completely clueless to the emotions going on around them. Unfortunately, even the more intuitive teens don’t understand the true cause of Matt’s fear.

Matt comes across as an intelligent, imaginative youngster, perhaps a little too imaginative, since he soon discovers what’s happened to Allison, something no adult would’ve even thought to consider. Even his psychologist considers his intelligence one of his problems.

In the end, Matt’s bravery is Allison’s salvation and his downfall, and, if the poignant last page is any indication, the story isn’t really over. Not at all.

Not to be confused with the recent movie of the same name, this novel is definitely a heart-pounder, and a good incentive to sleep with the lights on. Kudos to Anonymous for a chilling addition to stories of this urban legend.