The Sleeping Beauty Killer (An Under Suspicion Novel) 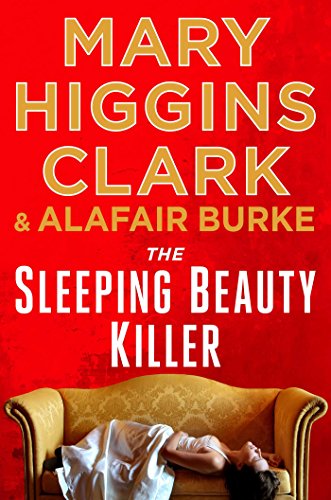 Casey Carter is in love and about to wed wealthy Hunter Raleigh III. They attend a gala for Hunter's foundation when Casey becomes violently ill. Everyone believes she is drunk, yet Hunter insists they head to his summer home in Connecticut. Unable to function, Casey passes out on the living room couch to awaken later upon hearing gunshots. She staggers to the master bedroom where she discovers Hunter covered in blood and fatally wounded. A trial ensues with Casey receiving a manslaughter verdict with a 15-year prison term.

For the duration of her sentence, Casey maintains her innocence, and when she is released, she is determined to clear her name and find Hunter's killer. Her cousin Angela remains steadfastly in Casey's corner, and Casey asks her to contact Laurie Moran, director of the TV show Under Suspicion to help her track down the real culprit. Casey's mother and Angela are against it, suggesting she change her identity and get on with her life, but she cannot live a lie letting others believe she killed the only man she loved.

Laurie is skeptical about taking this on assignment yet realizes even after these many years Casey's story will increase her ratings. Her romance with attorney Alex Buckley, who once worked with her on the show, is waning since he left to devote himself to his practice. She now must deal with Ryan Nichols, a narcissistic replacement and nepotism hire by Laurie's boss. She instantly dislikes the man but has no choice in the matter. Her relationship with Alex turns cooler as he will not discuss Casey with her, and she senses he is withholding information.

It is up to Laurie and her team to dig through old files and consult with various possible subjects as to who may have committed the crime although everything points to Casey as being guilty.

Blood tests prove Casey ingested Rohypnol the night Hunter died, but the pills later found in her evening bag suggested she planned the whole thing in a resentful rage. Gabrielle Lawson stated Hunter intended to cancel their wedding; a much more suitable candidate for an up-and-coming bachelor with political aspirations. It was also well known that patriarch General Raleigh did not want his son to marry Casey, and Casey's old flame, Jason Gardner wrote a tell-all book about her volatile and envious nature. With all indications of guilt, Laurie's investigation demonstrates Casey displayed the means, motive, and opportunity.

"Means: As Hunter's future wife, Casey had taken up his hobby of shooting and knew where he kept his weapon.

"Motive: Casey's engagement to a member of the Raleigh family raised her social station considerably. She could also be extremely jealous where Hunter was concerned. Hunter's father was pushing him to break up with Casey, and just days before his death, Hunter was photographed with socialite Gabrielle Lawson at his side.

"Opportunity: Cased faked her illness to create a partial alibi, claiming to be asleep during the murder. Then after she shot Hunter, she took Rohypnol so it would appear as if someone had drugged her."

Between incriminating email blogs, bad press, and secrets held not only by Hunter's family and Casey's ex her chance for exoneration also does not look good, though Casey persists. Then when Laurie meets with a secondary character, the pieces of the puzzle fit together.

This third installment in the Under Suspicion series co-authored by Mary Higgins Clark and Alafair Burke is a prime whodunnit offering twists and turns up until the somewhat expected yet climatic conclusion.