How to Slay: Inspiration from the Queens and Kings of Black Style 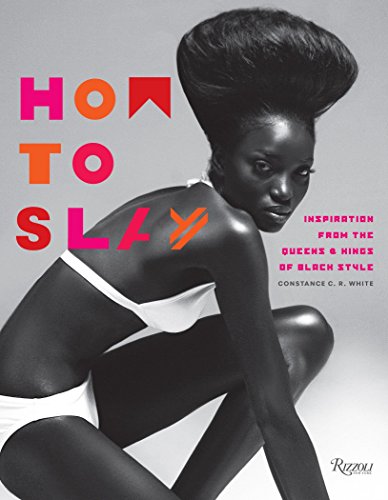 While the subject matter couldn’t be more topical and of the moment, there are several components and aspects of the book that seem to have been left out or just overlooked. Unquestionably, the influence of black style/street style is more prevalent and present than ever, but there is much more to consider than just images of celebrities, entertainers, models, and others who supposedly or actually have caused this zeitgeist in the fashion world.

This assessment is based in context and frame of reference and not ubiquity or popularity within a community. Lately there are all these thinking out loud questions such as “Why aren’t there more black designers?” which might be deemed to be ludicrous since the question might be “Why aren’t there more black nuclear physicists or hairstylists?” This kind of questioning creates an issue that cannot truly be answered nor blamed on race or ethnicity and trying to stir that kind of sensationalism can be rather self-defeating or possibly offensive.

What is essential to keep in mind is that the fashion paradigm is always in flux, its parameters have drastically changed and so has its focus; with that said, at one time fashion was all about clothes and manufacturers, then designers, then trends, then models, then celebrities, then the hair and makeup people.

Once MTV and the Internet exploded in our faces, fashion took on even broader meaning, especially with the monumental exposure it is now receiving. Think about how so many Caucasian kids, adults, entertainers who affect the mannerisms, dress, and parlance that was once exclusive to the black lifestyle.

There are some pet peeves about Ms. White’s text and images which stand out in my mind as being not exactly, at lack of a better word . . . truthful. Let's speak of Gwen Stefani’s LAMB collection which was rooted in the Shinjuku movement of Japanese culture; Ms. White took it upon herself to show two or three images using African tribal inspired cloth and say the collection is “black style” based!

The astute fashion reader might also notice that never is the word stylist used in terms of who and how the clothes might have been selected for these so called influencers or even more probably given to them. Showing an editorial image of Naomi Campbell wearing some African inspired dress does not make her an advocate of Black African style. Yes she is a ubiquitous presence who wears an awful lot of Versace and Alaïa for her public appearances, neither of whom are black or African.

This same kind of thought process appears with several celebrities wearing leopard print apparel. Then there is this disconnect of showing Kanye West decked out in Ralph Lauren looking like the ultimate college student. What’s wrong with this picture? There are many of these type of disconnects and fallacious reasoning.

In the end, if you take the book with a grain of salt, then there is something to be learned here. This is not a scholarly pursuit or sociological study of this type of attire. As Ms. White says here in her own words “My intention was not to make a comprehensive or definitive volume; it is meant to be fun, informative and entertaining journey through black style.” Mission accomplished . . . sort of!