Skyfaring: A Journey with a Pilot 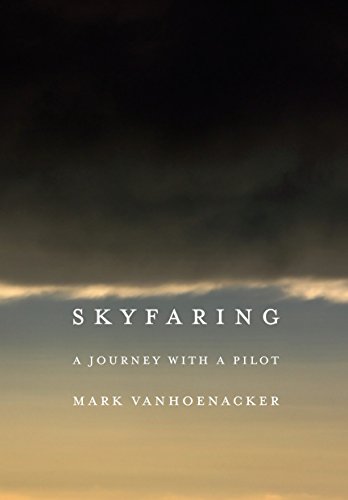 This book is disappointing. The problem with Skyfaring is that I just finished reading another pilot’s memoir, James Salter’s Burning the Days, and in comparison Mark Vanhoenacker’s memoir suffers greatly. Vanhoenacker does convey the sights, sounds, and smells of foreign cities; however his writing is flat and unengaging.

Once in a while Vanhoenacker does wax poetic to show what he is capable of. For example, “Sky-Maastricht is not Belgium or the Netherlands, yet its cold aerial polyhedral, sharply bordered and as meaningless as sliced air, blankets them all—a new improbably named country above Europe.” But Vanhoenacker’s use of poetic imagery is all too rare, and we do not get much insight into Vanhoenacker, the man.

I lost interest about halfway through. Mark Vanhoenacker may be a first-class pilot, but he does not fall into that all-important category of being a first-class memoirist.