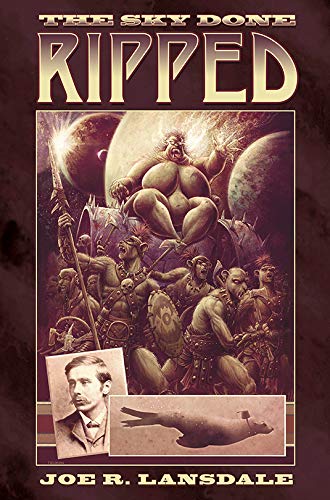 “If this novel doesn’t make you laugh at its absurdities, groan at Ned’s puns, and plain enjoy the sarcastic fun, you, dear reader, have no sense of humor.”

Ned is back. The plucky little brain-enhanced seal (with thumbs) has returned to Earth with H. G. Wells. In their time machine, dubbed The Time Machine (catchy name), the two find themselves not necessarily on the Earth they’ve come to know and love, however. No, this one has apes as its dominant species.

“Me and Ned have seen it all,” said H. G. Wells. “On your world evolution went another way. Are there people on your world?”
“We are people,” Bill said. “We are apes that are people.”

“So are we, only hairless and English-speaking, and with a similar history, I wager.”

Ned wiped his slate with a flipper and wrote, SO ARE WE.

Unfortunately, invaders from outer space have attacked the planet, and the only survivors found are the children of the late president’s chef, Bongo Bill and Suzie Q. Taking the two with them, our intrepid travelers hurtle through a gap in Time and find themselves in another dimension where they rescue a fellow human from being sacrificed by cannibals.

This time, the fortunate rescuee is someone very well-known to Ned though they’ve never met in person.

“The man stood up. He was very tall, about six feet and four inches. He appeared to be all muscle.He looked at us and smiled. “How do you do. Let me thank you for your assistance and introduce myself. Most people call me Jack. Some call me Tango, like the dance.”

Wells studied Ned’s slate and turned back to Jack.

“That’s right,” Jack said. “I am indeed Lord Jack Bloomingdale, known as Tango, but you can drop the Monkey Man part. I was raised by apes, very humanoid apes, not unlike him.”

He pointed at Bill.

I READ ABOUT YOU IN MAGAZINES, Ned wrote on his slate.

“Don’t believe everything you read,” Jack said. “It was far more exciting.”

Tango is on a mission, and now that he’s rescued from the cooking pot, he intends to carry it out. His quest: to find the Golden Fleece, which will heal his beloved Jill (currently lying in a coma) and restore her to health.

“Jilly means everything to me and I won’t be stopped in my course, no matter the consequences.”

Bill and Suzie Q opt to go with Tango while Ned and H. G. separate to explore, hoping to find a way back to the hole in Time where they can return to their own Earth.

Danger and death await at every turn in this unknown jungle and also a threat none of our explorers are aware of. Tomi, the late president’s daughter, a thoroughly unpleasant girl-ape who made Bill’s life miserable while they were living at the White House, also survived the alien attack. Irradiated and mutated, Tomi has transformed into She Who Must Be Obeyed and Eats Lunch Early.

“Her bones groaned. Her blood boiled and her flesh crawled. The fur of her skin stood out like porcupine quills and then slowly settled into place. And inside her head: I am the finest little girl that ever lived. I am She Who Must be Obeyed and Eats Lunch Early.”

Now, She Who Must Be Obeyed and etc., has only one goal in mind: chaos and destruction.

“For that though alone, someone, something, the very earth and all that moved on it, would suffer.”

Eventually, She will collide with Ned, Tango, et al., and there’s a strong possibility that a brain-enhanced little seal, even with the aid of the great writer H. G. Wells and His Lordship Tango, won’t survive—and neither will anyone else.

Welcome to Planet of the Apes meets Douglas Adams and H. G. Wells! If this novel doesn’t make you laugh at its absurdities, groan at Ned’s puns, and plain enjoy the sarcastic fun, you, dear reader, have no sense of humor.

Divided into numerous parts, having the story told from various characters’ points of view gives us a diverse and fuller perspective of the plot, but it doesn’t help make it any more logical or rational, though the irony and satire are given free rein to run rampant.

This story is somewhat like a dream: Great fun while it’s happening, but difficult to explain upon awakening. At the time, it makes complete sense, but when you’re staring at the light of day? Not so easy to articulate. Nevertheless, it’s an enjoyable experience while it lasts. So enjoyable in fact, that there’s hope Ned the Seal won’t stop at three adventures. That perhaps, in his future and H. G. Wells’, they will write those novels they spoke of, and set off on another junket into the unknown—taking us readers along.