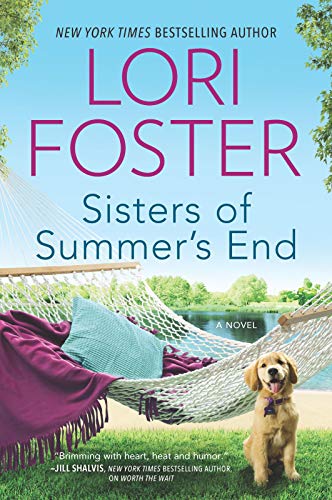 “Sisters of Summer's End is a passionate, sensual, and steamy novel. Its premise mostly consists of lust and sex, though the plot demonstrates how friendships can be made and past hurts forgiven.”

After Joy Lee is disowned by her family for marrying the wrong guy and having his baby, she reinvents her life. She divorces her husband and takes a job at a lakeside resort in Woodbine, Ohio, where she and her son Jack are offered a small apartment as part of her employment. Though this is totally unlike the lifestyle in which she was raised, Joy finds happiness with her colleagues.

Joy's life revolves around Jack to the point where she eschews a social life to give him the attention she never received. No one could love a child as much as she does Jack, and she refuses to let anything get between them. Now at age five, Jack is precocious and very intelligent, yet Joy realizes he needs a male influence in his life.

As the activity director, Joy is trying to plan something special for Halloween. She meets with Royce Nakirk, the new owner of the local drive-in, hoping to come up with some adventures for the guests. She is caught off guard when she meets Royce, a man in his early thirties who could easily pass as a model, and feels a strong attraction to him regardless of her intent to never to get into another relationship.

Royce also suffered pain in his recent past and is looking to start over. Little does he expect to be attracted to anyone, but there is something about Joy that piques his curiosity.

Joy befriends Maris Kennedy who runs the camp store and restaurant. When Maris asks what Joy thinks of the newcomer stating he is a "hunk" Joy admits Royce is extremely attractive though admits she is not interested in messing up her current situation by getting interested or involved in some good-looking guy.

When she questions why Maris doesn't date, this is her response:

"'You say that like it's part of your religion or something.' Joy crossed her arms.

“Maris choked on a laugh, quickly covered her mouth and shook her head. 'It's not that I can't, it's that I don't.'

"True, Joy couldn't recall a time where Maris did anything other than . . . work.

"'Let's just say I have other priorities. Financial security tops the list. Independence is right behind it.'

Though the two women constantly discuss guys and mostly talk about sex, it's strange they do not want any part of it.

Joy and Royce seek each other out more and more as time passes, and though Joy tries to keep her distance, she only gets drawn closer to him, finding him perfect, not only in his manner but how he relates to Jack. Royce finds Joy fascinating and when she suggests they start a fling, saying she doesn't want to get serious with anyone, especially if it doesn't work out as it would hurt Jack who is now getting closer to Royce.

Their affair becomes more intense, though they are fearful of admitting their true feelings. When Joy's estranged parents try to reconnect with her under their terms, Joy is adamant about staying apart. Though she loves them, they treated her terribly, and she does not want them to be in contact with Jack. Things come to a climax when Joy learns her grandmother died, leaving her an inheritance, though with certain stipulations. She knows if she agrees to their conditions, she'd never have to worry about providing for Jack, but can she be subject to their demands?

Joy talks to Royce about her situation, which makes him pull away from her. As an honorable man, he would never want anyone to think he was after her for what she is due to inherit. This causes confusion and hurt for Joy, but what can she do?

Sisters of Summer's End is a passionate, sensual, and steamy novel. Its premise mostly consists of lust and sex, though the plot demonstrates how friendships can be made and past hurts forgiven.