The Silent Sister: A Novel 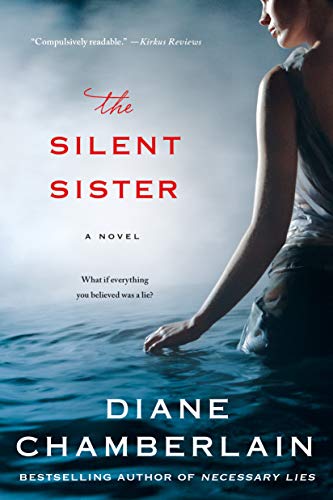 “a worthwhile read for fans of suspense and stories of entwined family relationships.”

Riley MacPherson has built a stable life in Durham as a school counselor helping children. After her father Frank’s death, she returns to her hometown of New Bern as executrix, to clean out his house and settle his estate. Her father’s death resurfaces unresolved grief. Her mother died when she was a teen, and she was only two when her older sister Lisa committed suicide by drowning. Lisa’s body was never found.

Riley’s only surviving family is her older brother Danny, and she yearns to reestablish the strong family connection they had as children. The losses in their childhood and a terrible accident in Iraq, shattering his leg, took a toll on Danny psychologically. It is clear Danny loves Riley, yet he is remote and hostile. Their family history haunts and embitters him. Unlike Riley, who desperately misses her parents and sister, Danny is filled with resentment and anger at his family.

Against this backdrop, it’s not surprising that Riley is overwhelmed when she attempts to sort through a lifetime of “stuff” and memories in her father’s house. Unwilling or unable to cope with the recollections, Danny refuses to help. When local realtor Jeannie Lyons, their mother’s old friend, and Jeannie’s daughter Christina, an estate sales agent, offer to help it seems like the perfect solution—until Riley needs her space and suspects they have ulterior motives for wanting to search through the house.

Within the first few pages of The Silent Sister, secrets and questions start to emerge. What was Jeannie’s relationship with Riley’s father, and why is she so eager to remove certain items from the house? Who is Fred Marcus, and what is his connection to Frank? Why did Riley’s father include one of the trailer park tenants in his will, and why was he writing the guy monthly checks? Who can be trusted?

And the biggest question of all: What really happened the night Lisa disappeared?

As one devastating family secret after another comes to light, Riley agonizes over whether anything she believed about her family was real.

The taut pacing and interwoven plotlines in The Silent Sister build suspense that starts in the early pages and rarely lets up. As Riley digs through the past to unravel her family’s mysteries, there seems to be no bottom. Each revealed secret unearths another and another.

The Silent Sister is an engrossing page turner in spite of one of the more central family secrets being predictable, plus an abrupt finish that leaves a few loose ends.

Between the push and pull of heartbreaking family ties, losses, and secrets, and the layered mystery, The Silent Sister is a worthwhile read for fans of suspense and stories of entwined family relationships.