The Silent Ones: A Father Anselm Thriller 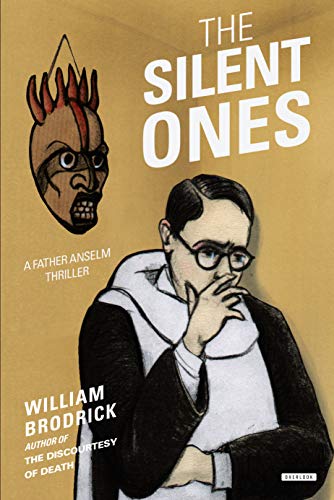 “The Silent Ones is both a riveting suspense novel and a philosophical exploration of the dangers of remaining silent, both to oneself and to the wider community.”

The Silent Ones by William Brodrick could be a story torn from today’s front page: Catholic Priest Accused of Sexual Abuse. But it isn’t; the focus is not so much on the sexual abuse, but its toxic effect on the victim and his family that steals innocence, destroys faith, and seals all in a prison of self-destructive silence.

What ever happened to 11-year-old Harry Brandwell is a secret he is not telling to anyone, not his parents, not to his counsellor, not to his best friend, Gutsy Mitchell, and at first, not to the police. Only Fraser, an old man and former street person who is the Brandwell’s gardener, gains Harry’s very limited trust.

A month prior in desperation Harry’s mother persuades him to talk to Father Littlemore, an American priest newly arrived in London. Harry finally agrees even though he “tried to tell his mother that there was something odd about the guy but she’d refused to listen.”

As Harry visits with Father Littlemore they exchange secrets, the priest telling Harry that he had come to London from Sierra Leone, where he’d gone “to get away from his own problems, only it hadn’t worked.” For his part, “Harry took the plunge and opened up.”

What Harry reveals when he confides in Father Littlemore remains a secret to the reader in one of those literary hooks that lures one to continue reading. It is also a subtle foreshadowing of the book’s theme which is the corrosive nature of secrets.

Finally Harry’s parents contact the police and the boy is interviewed but refuses to talk. Suspicion about Father Littlemore escalates when the priest flees during his interview and disappears.

There the situation might have ended, a cold case except there is no case, because Harry has failed to tell the police his secret, but some unnamed person is pushing an investigation, albeit a private one.

Miles from London, at Larkwood Priory, Father Anselm, barrister-turned-monk, has a visitor. A distinguished looking man who refuses to identify himself, but who knows Father Anselm’s reputation, the visitor tells the monk that a man “can find himself trapped by his public role. There are things he would like to do that he can’t do.”

The visitor passes Father Anselm an envelope and asks the monk to find Father Littlemore. “There are people occupying positions of considerable trust and influence who do not want this man to be found . . . Someone, however, must intervene, regardless of such misguided sensitivities.”

The visitor insists on confidentially and that Father Anselm act quickly. While examining the photograph of the missing man the monk asks what he done. His visitor is most emphatic. “Nothing wrong, of that you can be sure.”

Father Anselm certainly hopes that is true, since the missing man is the Priory’s handyman and former homeless man, John Joe Collins, better known to the outside world as Father Littlemore.

Another person is also interested in finding the missing priest after he receives an anonymous letter. Robert Sambourne, a reporter for one of London’s newspapers, witnessed Father Littlemore’s fleeing his police interrogation, and wrote a feature about it. While Robert wanted to follow the story his editor, affectionately known as “Crofty,” wasn’t interested.

With the arrival of the letter Crofty changes his mind and tells Robert to follow up. “Why have you given up?” begins the letter. “Victims always need help to speak out. Otherwise they get silenced by private agreements. Don’t let that happen. The American is hiding at Larkwood Priory.”

So begins the two-pronged investigation by two wildly different individuals, each unknown to one other, each seeking the secrets hidden in Father Littlemore’s past. Robert is further burdened by the grief he has yet to express over the recent death of his father, and the discovery that his mother is concealing an awful secret of her own.

Father Anselm suffers some degree of guilt of his own because he is the one who persuaded the Priory to accept Father Littlemore, aka John Joe Collins, into their religious community, a fact the monastery’s oldest monk does not intend to let Father Anselm forget.

Father Duncan is in his late nineties, a product of Eton College who wears a silk cravat with his habit and still uses a manual typewriter, is adamant about everything concerning Father Littlemore. When Father Anselm tells him that the missing priest is a member of the Lambertine Order, Father Duncan remarks that he “Never heard of them. Sounds like a kind of orange.”

Father Duncan reminds Father Anselm that when the community voted to accept Littlemore, or John Joe Collins, as he called himself, they knew nothing about him and didn’t ask. “And now we’re entangled in the dirty laundry of some half-baked outfit with links to the French.”

As Father Anselm and Robert Sambourne follow the trail of Father Littlemore’s past, each finding traces in common, as well as discovering events independently. Each reaches an individual conclusion that are diametrically opposed, but each supported by the evidence.

The Silent Ones is both a riveting suspense novel and a philosophical exploration of the dangers of remaining silent, both to oneself and to the wider community. Sexual abuse seldom targets only one victim, but multiple victims, and silence enables the abuser to continue.

Mr. Broderick has mastered the technique of plot reversal and the art of planting red herrings to confuse and mislead. Father Anselm is an endearing character, but his unquestioning belief in man’s essential goodness does occasionally clash with his background. As a barrister he must have had experience with individuals whose acquaintance with essential goodness was nonexistent. However, Father Anselm’s naïve belief in his fellow man is so rooted in his character that one wonders how he survived for a moment practicing law.