The Silence: A Novel 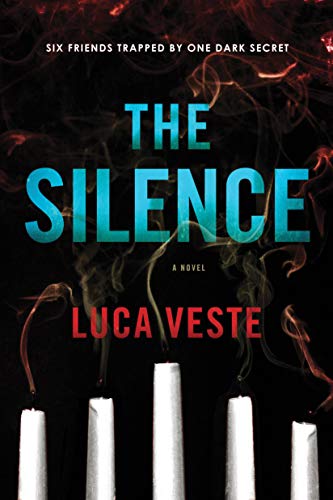 “The Silence is an engaging thriller that is less about blood and guts and more about psychology.”

Like a lot of millennial thirtysomethings, Matt, Alexandra, Chris, Nicola, Stuart, and Michelle are stuck in stasis. Some have jobs, but none have careers. Some plan on getting married, while others eschew all permanent relationships. Matt and Alexandra seem the most adult of the lot, as they are homeowners at the beginning of Luca Veste’s The Silence.

Everything changes when these six friends from Liverpool (with one Mancunian exception) decide to attend a 1990s nostalgia festival. On the last night, a few cries in the night leads to an abrupt confrontation with a mysterious stranger. The gang piles on; the stranger is killed by one of them. Rather than go to the authorities, the group decides to bury the man in the soggy soil. As bad as this decision is, when they find a second body on the same night, they double-down on their first bad decision.

The Silence makes mileage out of the Smiley Face killer theory. In real life, there are those who believe that a network of serial killers are responsible for possibly hundreds of disappearances and inexplicable deaths across the United States since at least the 1990s. All of these cases are supposedly linked by smiley face graffiti that is always found near every crime scene.

In The Silence, the serial killer conspiracy is called the Candle Man, a British monster whose calling card is a burning red candle encased in a storm lantern. Is the Candle Man real? The British police don’t think so, but the six friends disagree, and they believe that they killed him on the last night of the festival. However, a year afterwards, when one of them dies unexpectedly, they begin to suspect that the Candle Man did not act alone.

The Silence is an engaging thriller that is less about blood and guts and more about psychology. The book goes into great detail about how that one act ruined friendships and romantic relationships. Guilt is examined at length, and so too is the conflict-riddled past of the six friends. Suffice it to say that the accidental death in the woods is not the only bloodletting in the novel, as the narrator Matt remembers at least two hyper-violent incidents involving his best mates from 1999 and the early 2000s.

For some reason or another, the line, “That’s how we live our lives now. A series of moments, interspersed with mobile phones vibrating or dinging away to let us know what is happening around the world,” is repeated three times throughout the text. Another reoccurring theme is Matt’s belief that one of the “dead” friends is still alive and is killing. This ultimately proves to be a red herring—a red herring that was given too much page space.

The book’s conclusion is convoluted. The revelation, which comes amidst a ridiculous amount of violence that somehow isn’t fatal to more than one party, is akin to a deus ex machina. It not only forces readers to suspend their disbelief, but it does not make sense and is not explained in full. The killer is unmasked and only given the flimsiest of motives (and incriminating evidence). It all feels too rushed.

The Silence is a well-written thriller that nevertheless hinges its climax on a ridiculous swerve.