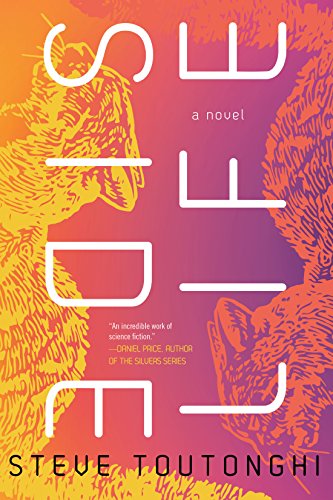 Having recently been ousted as CEO of his own company, Vin is down on his luck and desperate. To have a place to stay, he takes a job house-sitting. The owner is absent, no one has seen her in quite a while. In fact, when Vin questions, no one has ever seen the woman called Nerdean, and they don’t know if they will. One of the stipulations of staying in the house is that the electronics must never be disconnected or turned off.

“None of these devices are doing anything. They’re all modified, controlled by a system that just blinks their LEDs.”

Nerdean’s attorney has no answers; none he can give anyway. His contract forbids him speaking of anything to do with the house and to make sure the electronics continue running.

Of course Vin searches the entire house as soon as he’s able. He finds a notebook he believes was written by Nerdean, filled with formulae, diagrams, and a journal of sorts. In the basement, in a hidden room, a “double-secret passage,” he finds functioning computers and three coffin-like boxes. In one is a woman he decides is Nerdean. She’s alive, but submerged in a misty, bluish liquid. Vin doesn’t disturb her but now she’s firmly fixed in his mind. He dreams of her. He reads the notebook and decides to follow its instructions.

“Why create a machine to render a virtual reality when each of us has one already,” the notes ask. “With a perfect knowledge of its operation and desires?”

Vin must enter one of the other coffins. Not knowing what to expect, but trusting in this vision of Nerdean he now has, he does so.

“A needle-like pressure stippled his skin in multiple places, like a host of robot spiders. There was the simultaneous snap and pinch of the initial lead wires, and then nothing.”

When Vin awakes, he’s Winston Churchill, about to defend his demand for action in the Dardanelles during World War I.

His return to his own time makes him seek out historical confirmation of what just happened. That in turn sends him back to the coffin again and again. Now Vin inhabits bodies both famous and ordinary, living others’ lives and his own in parallel and alternate dimensions. He’ll have happy lives and live in abject misery, lose loved ones and see them live again. Eventually, he revives Nerdean and involves her in his many lives.

“The coffins imply infinite variations, a smooth function through all possible differences, a calculus of personality progressing from one person to another. You could evolve through small variations into one other person, then into another person, and eventually do the same for every person who’s ever lived.”

Vin has to make a decision. Does he want to find that one perfect life and live it, if he can get all the people he cares for into the same dimension? In one life, he has a daughter. In another, his wife leaves him. In a third, his best friend dies. He wants his child with him but he also wants his wife there and his best friend. What happens if he can’t find them, or if doing so means destroying them and possibly himself?

This novel poses many questions. Is it about time travel? Reincarnation? Possession? It’s up to the reader to make his own determination on that score. There may be some sections a few will consider too “deep” either technologically, or existentially, for the average reader to absorb. Take them at face value and a little faith and soldier on. Either way, enjoy the tale of a man who’s offered what many of us say we’d like to have: a chance to do it over again, and again, and again . . . until that final perfect life is reached.

One other question remains, and its answer may determine what the reader takes away from the story.

“A thin woman in her late sixties answered the door. “Hello, Vin,” she said. “How can I help you?”

What did Vin say?