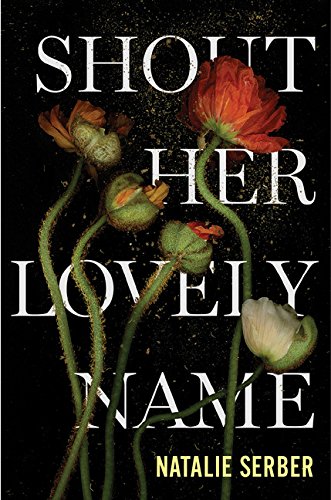 “Ms. Serber plays it too safely, hugging the shore, refusing to launch boldly out to sea.”

This book marks the debut of a new writer—a very good new writer who started writing later in life but who has honed her craft to a prize-winning pitch in the short story, nabbing such prizes as the prestigious Tobias Wolff Award.

Problem is, after a while all her stories here sound alike.

All the short stories in this collection are about strained family relations: mother-daughter, father-daughter, husband-wife, wife-therapist, mother-exhusband-daughter. And many of the tales seem loosely connected, as if they once were parts of a novel that never quite came together.

But maybe not. One reads in an online interview that Ms. Serber is now working on a novel; but interest dims upon learning that the novel-in-progress is about the same thing her short stories are about: in her words, “the geometry of family life.”

In that interview, Ms. Serber goes on to say that her novel-in-progess is about “the families we are born into and the families we create and sustain by choice. We each reveal our best and worst selves within our homes and somehow, through it all, we mostly continue to love each other.”

Okay, but that information hardly qualifies as a news bulletin. Nor does it follow that such an interest need exclude all other subjects and conflicts, especially conflicts that rise to a greater emotional height than mere disappointment.

The Godfather is about a family, too, but it pulses with real conflict and permanent consequences. Same goes for The Brothers Karamazov. And Gone with the Wind. And Sense and Sensibility. And The Mayor of Casterbridge. And Bleak House. And, if you want a short story for comparison, Flannery O’Connor’s A Good Man Is Hard to Find—imagine that family story ending in nothing but disappointment.

It’s true, of course, that the reader should grant the author his or her choice of what to write about, but it’s also true that the author must live with the consequences of that choice. And this reader came away from her stories with the belief that Ms. Serber plays it too safely, hugging the shore, refusing to launch boldly out to sea. Writers who do that should not complain if they harvest the rewards of timidity.

Ms. Serber is also too facile for her own good with a simile. She coins one shiny simile after another. But not everything is like something else. Nor, if there is a likeness, is it automatically relevant to point it out. Too much of that can make a reader wish the writer would stick to the subject instead of repeatedly deflecting attention away from it. Worse, used too often the simile smacks of the Look-Ma-I’m-Writing School of Writing. The greater challenge to a writer, anyhow, is to say what something is, rather than what it’s like. (See the law of identity. See also Ernest Hemingway.)

Nonetheless, there are brilliant moments in Ms. Serber’s stories, and two of the stories, “Take Your Daughter to Work” and “A Whole Weekend of My Life,” are real keepers.

For that matter, if the strains of family life are your cup of tea, as they are hers, then you’ll like the whole volume and probably her novel-in-progess, too.

But she would be well advised to attempt climbing higher peaks from time to time. Hamlet, too, was riddled with an anxious interior life, but that play was about something a lot bigger than trying to figure out what others thought of him—nor did the story end there.

Thought that comes to nothing but still more thought is not the stuff of outstanding fiction.

Crippling self-consciousness did make for a great poem one time, but what writer wants to be the J. Alfred Prufrock of fiction?