Shoot for the Moon 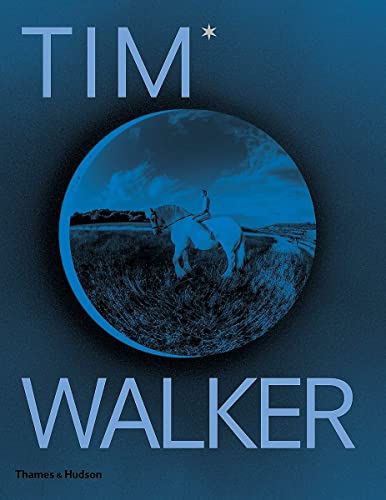 If you know who Tim Walker is and you are familiar with his body of work, then you have an inkling of what lies between the covers of this book, but if you are unfamiliar with the oeuvre of Tim Walker then you’d best fasten your seatbelts for what you are about to see.

Tim Walker is on the top shelf when it comes to fashion photography and with very good reason. He is an artist, a creator, and a visionary, but most of all he is a photographer with a point of view and style that is uniquely his own. His work makes the case for considering that photography is indeed an art form, and that he alone marries this art form to fashion in ways that most might assume to be unimaginable.

This reader came away from Tim Walker: Shoot for the Moon with words and emotions such as magical, hyper realistic, mysterious, in your face, and mystical, and so unlike so many tomes of this genre.

Sarah Burton of Alexander McQueen sums it up best when she states, “I have always loved Tim Walker’s work and been inspired by the magical and distinctive universe he creates.”

Walker is a rare bird since by all accounts before he clicks that shutter, he already knows exactly the shot he wants, and he goes to great lengths to achieve it—except for the fact that he does not force his subjects to do what he wants. His subjects instinctively and almost telepathically know exactly what he wants. That in itself sets him apart from the flock.

It’s important for the reader to take note that Walker really does not own one particular style and yet his work is almost always recognizable; he creates a world. There are very few of any creative profession who can own that distinction, especially within the world of photography.

The book itself is an exquisitely rendered portrayal of this brilliant man’s work from its sheer size to its reproduction quality to its overall presentation. This is a book that will most definitely be revisited since there is almost too much to take in all at once. The text is rather minimal and yet most insightful as to what it’s like to work with a photographer of this caliber. The subjects range from what you would you would expect as far as models and then all bets are off when you think that Whoopi Goldberg, Tommy Lee Jones and Tilda Swinton are part of the mix.

If you are any kind of photography buff or fashion follower, this is the type of book you want to own because it is a one of a kind in so many ways.