Shadows of the Past: A Novel (Logan Point Series) 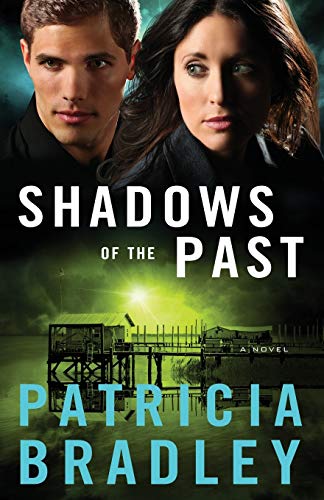 “Shadows of the Past is well written . . . Taylor Martin is a strong protagonist . . .”

Patricia Bradley is a member of the American Christian Fiction Writers and Romance Writers of America. The Shadows of the Past manuscript won a 2012 Daphne du Maurier award and a Touched by Love Award.

In Shadows of the Past readers meet Taylor Martin, a psychology professor and criminal profiler. Taylor has successfully used her profiling skills to help solve several cases, but much to her dismay, she seems unable to solve a mystery closer to home—that of her missing father. She relocates to her old home in Logan Point, Mississippi, to focus on finding her dad who left twenty years ago. However, during her search she finds myriad obstacles confronting her investigation, not the least of which is an enigmatic stalker.

Along the way, she meets a successful novelist, Nick Sinclair. Nick has his own problems, the biggest being his inability to move beyond the death of his wife, one he feels he could have prevented. Just as perplexing is Nick’s brother, Scott, whose addiction to drugs and alcohol make him a loose cannon, as well as a probable suspect for Taylor’s stalker.

While Taylor and Nick butt heads at first, a romantic attraction eventually wins out. The two team up to investigate the ambiguous disappearance of Taylor’s father. In the process, the author creates a number of suspenseful interludes that are sure to please and capture readers’ attention.

Patricia Bradley’s writing is tight and believable, and the interaction between the protagonist and the police is well done, as are the references to matters concerning psychology and life at a university.

Shadows of the Past is well written and leaves no unanswered questions. Taylor Martin is a strong protagonist who can carry the Logan Point series forward.