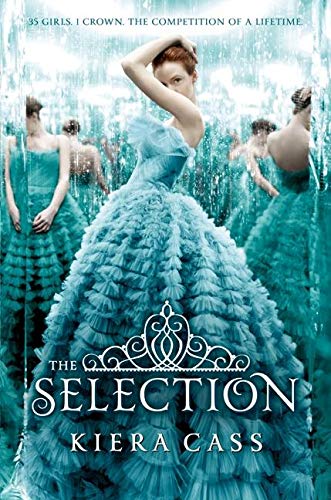 America Singer is in love. It’s that deep, hopelessly romantic kind of love that invades your being every moment of every day that you live and draw breath. It’s all she can think about. At this point in her life America may only be a teenager, but she truly believes she has found the man of her dreams right in her own backyard.

After all who wouldn’t love Aspen Leger with his dark looks and giving heart. He’d do anything to make America happy. But then again he has to do many things to make many people happy because of his caste. You see Aspen is a six, destined to live his life working hard and earning little. Hunger is a constant for him and will likely always be that way for those he loves—except for America that is.

America is a five and so she lives easier, eats a bit better, and has somewhat of a choice in her career. These luxuries will remain unless she chooses to marry someone below her caste level. But despite these obstacles America is convinced she will be Aspen’s wife someday. That is until the selection letter arrives on the doorstep of every eligible young girl in the kingdom.

The selection changes everything. Thirty-five girls will be chosen to vie for the attention of Prince Maxon but only one can be his wife—only one will ascend to true royalty. Girls are chosen from all the castes; the highest ones to lowliest eights but only thirty-five will go on to live in the palace and compete against one another to become a princess of Illea.

America would give anything not to be one of those chosen girls; however, with the prestige of the selection will come food and money for her family. Both Aspen and her loved ones insist she must enter her name for she cannot miss the opportunity of a lifetime. It would change the life of her and her family forever: Just by being selected in the first group of girls America would become a three—a whole new world would open up before her.

As the names are announced it becomes clear that America Singer will miss out on nothing. She is a chosen one, shipped off to the palace to compete for the heart of a prince while her own heart lies broken into pieces in a tiny tree house in her own backyard.

As the days go by in this “The Bachelor” meets Hunger Games dystopian romance, America does her best to stay as close to the prince as possible in order to help her family survive while striving to keep her mending heart locked up tight. Even as rebel forces attack the palace, Prince Maxon seems to have his sights set on America as much more than the platonic confidante she has tried to be. Could she love him? Is it possible that her true love was not Aspen but a man belonging to a world she could once only dream of?

As the citizens of Illea watch a romance begin everyone can’t help but wonder just who is falling in love. And for American and Maxon what happens if an old flame shows up?

A perfectly timed novel of dystopian love set in a cutthroat society, The Selection, part of a trilogy, is sure to be a hit. Smart, creative, and dazzling it will delight and captivate. It’s easy to imagine The Selection on the small or big screen—it simply sparkles with possibility.