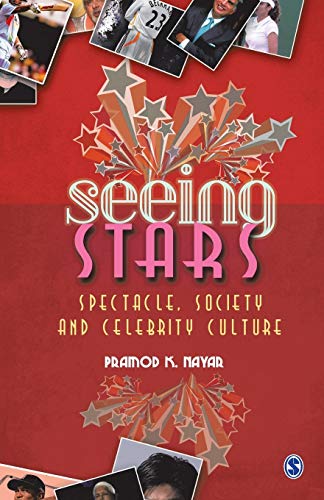 While academic readers interested in celebrity studies will want to pick up this slim volume, readers should be aware that the references made will be to primarily Indian culture and will be lost on the average Anglo reader, particularly those who consider the likes of celebrities like Jay-Z, Angelina Jolie, or Tom Cruise ones they are interested in.

Seeing Stars is not new to the field of celebrity studies, having been published in 2009. Though Nayar’s information and analysis is still relevant, the source materials are also older and will be of less use to scholars interested in the most recent information. However, because so little is done on Indian culture within celebrity studies, Nayar’s book maintains a hold on the niche.

While the author was asked to “hold off on the jargon” according to his introduction when he was approached to write this book by Sage, it remains debatable whether or not he actually met this demand. Theoretical discussion on celebrity ecology and embodiment are sparse and at best confusing for the average reader.

Nayar focuses primarily on Indian celebrities from movies, politics, and reality television shows. The author examines how celebrities are turned into a consumer product and the role of media and fans’ relationships with celebrity iconography, which creates the culture.

In an attempt to structure his narrative on celebrity, Nayar lays out the chapters in the following manner: the type of person who wants to become a celebrity, how celebrity is constructed, the celebrity as spectacle, celebrity and scandal, consuming celebrity, and celebrity culture. However, in-depth focus is lacking from a book that promises to cover a larger subject in such a short space.

Readers unfamiliar with Indian culture will be lost by the references, and those who don’t speak those languages written about in the book will be tongue-twisted as they try to say certain titles and names. Cultural references and the importance of certain issues—such as celebrities lying about being vegetarians or referring to their sexuality as vegan sexual—will be lost on most.

The book is not intended for the average reader and will bore those looking for amusing anecdotes or a pop culture read on celebrities.