In Security: A Novel 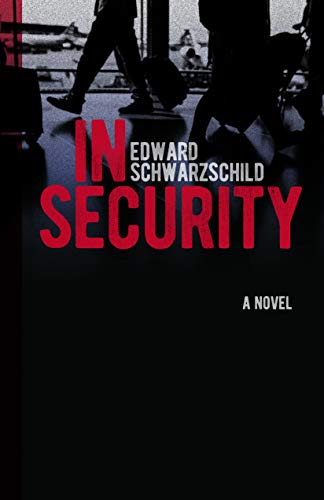 “What does it mean to be secure? And from whom, or from what? . . . We are all in danger, and all bound to protect one another whether it’s in our job description or not.”

After he saves a passenger stricken with a heart attack, Gary Waldman, suddenly thrust into the hero’s role, becomes enmeshed in the human drama behind airport security—terrorists, politics, backstabbing and all.

What does it mean to be secure? And from whom, or from what?

Waldman works as a TSA security officer at a small airport in upstate New York, “International” only by virtue of its occasional flights to Toronto and Ontario. The work is predictable, even monotonous. But the routine seems a blessing, bringing a newfound stability to his out-of-kilter life. The grief-stricken former tennis coach is now a single parent of a six year old, struggling to cope after his wife’s untimely death.

“Thousands Standing Arounds” and “Tough Shit for America,” is what fellow TSA officers jokingly call the Agency. His colleagues come in two types, the “grinders” who muddle through the job like him, and the “cowboys” who relish the power to say no and inflict inconvenience on random travelers. What more could happen for excitement? “If you did your job, the raises came through, the benefits accrued, and no one bothered you too much.”

And then, an elderly passenger has a heart attack right in front of him. While everyone stands frozen not knowing what to do, he grabs a defibrillator and saves the man’s life even though medical intervention is the ET department’s responsibility, not that of a mere security agent.

“How absurd is it to search people in wheelchairs while warning our officers away from saving lives?” grumbles his disillusioned supervisor.

And yet crossing that compartmentalized bureaucratic line changes everything. Waldman’s work, meant to be low stress and uncomplicated after his wife died in his arms, becomes the very opposite.

Since 9/11, the TSA has inserted itself in the life of every American traveler. Yet to most people what it actually does remains opaque. Edward Schwarzschild, director of creative writing at the State University of New York, actually trained to become a TSA security offer and is positioned to pull back the curtain on the hidden workings behind airport checkpoints.

He has given readers a character-driven novel that is part mystery, part thriller, and presciently relevant in today’s climate.

The novel explores why those whose chosen profession is to protect the public are frequently unable to protect themselves. It speaks to the limits of what a person can control and what seemingly is random fate. But it speaks to healing, too, mending relationships, and compassion at a time when daily life seems full of threat. Walden finds himself at the center of a mysterious intrigue; the novel says we are all in danger one way or another.

Tennis finds its way back to the plot and grief flows freely. “I’m slowly learning to live without Mommy,” he tells his young son. “We both are, aren’t we?” His therapist counsels, “Grief can alter your brain. There will be scars, but there will also be healing . . . room for more life.”

That lively expansion comes in the form of Dianne. But as their relationship develops it seems she knows too much about him. Doesn’t he worry that what they have is “too good to be true”? It is: She betrays him, holds a gun to his head, and turns out to be a terrorist. Earlier he had passed a bomb detection test, so now asks himself, “How could I have been so wrong, so blind? I’d been falling for her and she’d been using me the whole time.”

We are all in danger, and all bound to protect one another whether it’s in our job description or not.