The Secret of Snow: A Novel 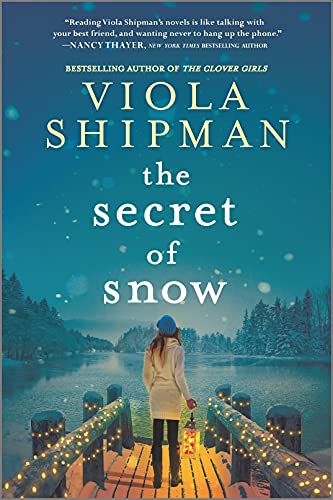 At age 50, Amberrose Murphy lives the good life as a meteorologist in Palm Springs, California. Using Sonny Dunes as a pseudonym, she left the glacial cold of Traverse City, Michigan, decades ago and never looked back.

Having risen to the top of the ranks in her field, Sonny is somewhat apprehensive when their cocky new producer summons the staff to an emergency meeting. Both she and the head anchor are terminated with the excuse they are no longer targeting the right demographic of viewers. The unwritten fact is they are too old, and the station needs new and fresh blood. So much for progress.

Filled with rage, Sonny speaks out at a live broadcast of the injustice of being replaced by a robot! Without considering the ramifications, her hissy fit causes her more problems. What is she to do now? Hurt and embarrassed, and with her tail tucked between her legs, Sonny believes the career she dedicated her life to is now down the drain.

After living in the desert climate, Sonny heads back to the icy Michigan, wondering how she grew up in such an environment. Several years ago, she escaped her hometown, vowing never to return. When Sonny was 16, she lost her beloved little sister Joncee, for which she still blames herself.

After Joncee's death, Sonny established an obsessive behavior believing her actions would keep her loved ones safe. She continued her routine until she moved far away, thinking the ghost of her past couldn't find her, better to be alone, distancing herself, rather than to lose one she loves.

At her childhood home, she makes herself a cup of coffee, ruminating over her situation:

"I forgot that time is cruel. I pretended things would be different.

"I am alone at 50. Hungover, my head on the counter, waiting for the coffee to revive me from a funk that has no end."

Sonny is shocked when Lisa Kirk, a journalism college classmate who now runs the Traverse City's news desk at TVRC, offers her the position as chief meteorologist—a total demotion. What has become of her life?

Now the laughingstock of her profession, Sonny's only choice is to accept the job. Sonny's underling Polly Sue shows nothing but disdain, believing she should have been granted the chief meteorologist's position, and she stops at nothing to undermine Sonny.

Feeling devalued, Sonny lives with her mom, has no friends, and now must deal with the beastly cold of her hometown. On top of all this, her boss Lisa and she never clicked in college. Sonny didn't dislike Lisa; she was more or less a loner dealing with her pain by keeping to herself, though her peers considered her aloof. Back home, here she is, disgraced and at the mercy of others.

Though Sonny, once a hometown girl, now is an outsider, she needs to assuage her demons. Lisa pairs her up with a young man named Ron Lanier, with the nickname "Icicle" he got after almost being impaled by one doing a story. The two connect, and Sonny discovers Ron, somewhat of a misfit, to be highly intelligent as they join and film several winter scenarios.

Paired with Mason Carrier, the head of the Chamber of Commerce, the two participate in a sledding adventure filmed by Icicle. There is something about the handsome widower Sonny finds exciting, and they become friends, though Sonny's fear of loss warns her not to get too close.

As she participates in many winter festivals, she realizes someone is determined to make her look bad. Could someone hate her that much? It's difficult enough to start over at her age, but Sonny must learn to forgive herself for circumstances beyond her control and acquire the life she deserves. Does the old saying, "You can't go home again" apply to Sonny? Or will the ghosts from her past diminish so that she can claim an ounce of happiness?

Viola Shipman is the pen name of Wade Rouse, who writes in the same vein as Nicholas Sparks. Not only does he convey the temperament of Michigan's winter weather and describing the distinctive beauty of the area, but as a male author, Rouse embraces the insight and complexities of the female mind and emotions in a unique and touching manner.