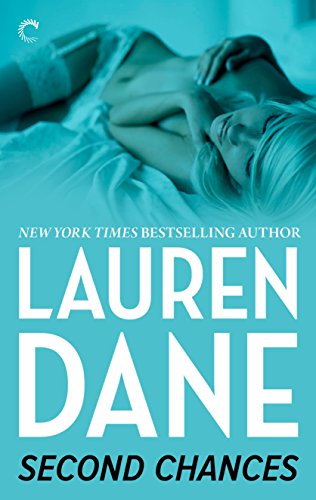 Lauren Dane first published Second Chances as a new author in 2005 with e-publisher Loose Id. In the foreword to this edition, revised for publication with Harlequin’s new e-line Carina Press, she states that she’s tried to fix up as many rookie writer mistakes as possible, but that some may have slipped through—or are so intertwined with the story as to be unchangeable.

Second Chances is a very tricky book to review—for one thing, a plot summary is going to be superficial at best in order to avoid spoiling the emotional climax. For another, it brings up a philosophical question that every reviewer must face from time to time: Do we review the book we read or the book we can tell the author was trying to write?

The story starts out with Rori’s return to her hometown after living abroad for a number of years. An overweight, picked-on teenager, Rori had left her small town as soon as she could, escaping her mother’s relentless criticism, her sister’s perfection, and the disinterest of her high-school crush. A few years overseas, weight loss, a strong influx of confidence, and a career as a writer, and Rori is ready to face her ghosts and return home.

In no time at all, the guys who ignored her in high school are flocking around, and Rori has more dates than she knows what to do with—including Jude, the bad boy cop who played a starring role in Rori’s teenage dreams. But Jude’s not a one-woman man, and Rori holds herself in too high esteem to be one of a harem. And then there’s the matter of her best friend’s little brother, Zach, who isn’t quite so little anymore.

Three quarters of the way through this book, Dane takes an enormous risk—one almost unheard of in the romance genre. It’s ballsy, unexpected, and downright shocking.

Those rookie giveaways that I spoke of above let Dane down. If she were to write the story now, it’s likely the plot twist would have huge payouts. As it is, she brazens through, but the effort is clear, and the story slips away from her a little bit. The emotional payout isn’t as strong as it should be, as it really needs to be, but the potential is there, and readers will respond to that more than the actual text on the page. It can hardly be classified as a failure, but nor does the story really succeed.