Searching for Sylvie Lee: A Novel 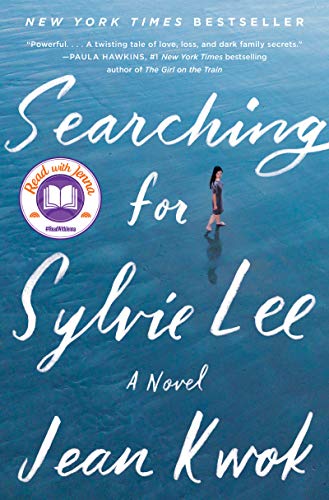 “Kwon wraps up the mystery of Sylvie’s disappearance at the end, but the discovery of how these characters change throughout the novel may be the more important journey.”

First there’s Amy, the quiet, shy daughter still living at home in New York City with her immigrant parents. “If I don’t watch out, I’m going to turn into Ma. Timid, dutiful, toiling at a job that pays nothing.”

Then there’s Sylvie, who spent her first nine years living with relatives in the Netherlands. After teenage and early adult years in the US, she returns to Europe with the impending death of her grandmother.

Once on the plane, she finds herself, “plummeting downward onto the flat sheet of the Dutch landscape. The Netherlands wrapping around me like a sheet of paper, cradling my worn stone heart.”

The final point of view character is the girls’ mother, a woman born in rural China, simply called “Ma.”

After Sylvie disappears and Amy goes after her, Ma is left back in New York to wonder what happened. “Pa and I silently revolved around the absence of our two girls, circling this core of emptiness until we collapsed inward.”

Told with gorgeous prose, the strongest aspect of Kwok’s storytelling is the revelation of how differently these characters see themselves versus how they are seen by the world.

Amy considers herself struggling, while Sylvie sees her as loved. Sylvie believes herself an outsider, unable to fit in either country, while Amy sees Sylvie as the successful, golden one. Complicating their sense of selves, Ma, Amy, and Sylvie all grew up in different communities, further isolating them from each other and fracturing their identities.

The environment, especially in the Netherlands, also plays an important role. “The fog gathers and drifts, collecting in folds around mysterious objects below its unfathomable surface.”

The environments alternately embrace and exclude the characters, keeping them off balance about where they belong.

Both New York City and the communities in the Netherlands have their own brand of racism. The ability to make the Lee sisters, and their mother, feel unwelcome in their adopted homes.

After a mugging in Queens, Ma hears the assailant yell, “Fokkin’ Chinee!” as he flees. “That much of the Brave Language I already knew.” The first words she understands in English are that of discrimination.

Amy’s arrival in the Netherlands, however, demonstrates that growing up in New York impacts her experience of the world. As she flies over the lush countryside, she thinks, “I, an urban introvert, am disconcerted by all of this verdant openness.”

But arrive she does, only to discover her sister Sylvie isn’t the person she thought. Or at least, that her sister Sylvie is someone different here. Through the eyes of these three women, Kwok explores the many masks we wear based on our social situations.

Meeting their mother’s cousin for the first time, Amy learns that her sister’s early years were not as sublime as she believed. “This woman, who seems to hate my sister so much, was the one who raised her? Does she know something about Sylvie that I don’t?”

The rest of the novel explores just that. Not only what happened to Sylvie, but also who she is, and by extension, who the people are around her. More importantly, Amy finds that she’s not just the stumbling, stuttering, failure she thinks herself to be, but also the kind, loveable girl Sylvie knows.

These characters prove the resiliency of the human spirit in the face of social and personal challenges and our ability to become the people we’re meant to be.

Kwon wraps up the mystery of Sylvie’s disappearance at the end, but the discovery of how these characters change throughout the novel may be the more important journey.