Sea of Tranquility: A novel 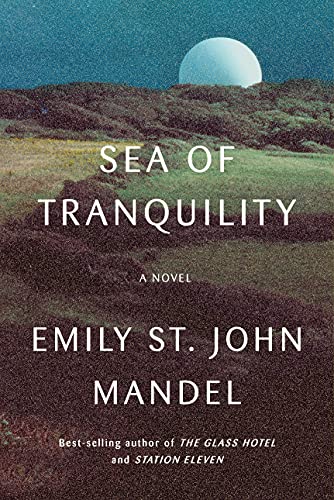 “an entirely human and hopeful book.”

Emily St. John Mandel is a master of writing thoughtful speculative fiction novels that transport readers to places beyond their imagination, and her latest book, Sea of Tranquility, further cements that legacy. At 215 pages, it also proves you don’t need a lengthy tome to write a book on an epic scale and tempt the reader to absorb the story all in one go.

Sea of Tranquility reads almost like a mystery novel—introducing characters throughout different centuries that seem to be unrelated but with hints that there is a thread connecting the narrative. A peculiar figure pops up in each timeline to reinforce that notion.

But this isn’t a wibbly wobbly timey wimey book in the exact same vein of superhero movies and adventure stories. The concise, poignant writing makes it clear that this is a thoughtful, nuanced study of humanity and the reality people move in every day.

The storyline is tied together by a “glitch” in the characters’ surroundings—in each instance, they are brought to a forest with a violin melody playing in the background and then a sudden, loud noise. A mysterious character, Gaspery, also appears in every time period, and it soon becomes clear that he is a time traveler sent to investigate this disparity.

The book opens with wealthy English aristocrat who is displaced to America in the early 1900s He meets Gaspery imitating a priest near the forest around the time of the glitch. The story then moves ahead more than a century to a woman who has recently learned of the death of an estranged friend. Avid St. John fans will recognize some of the names during this episode from her previous novel, The Glass Hotel.

Another time jump introduces Olive, an author who lives on a moon colony, but has returned to Earth for a book tour. This part feels especially familiar, both with the character having similarities to St. John herself and with the approach of a pandemic.

All of this jumping around is accomplished fairly quickly, but it doesn’t leave the reader feeling disoriented. Instead, the pace drives the story forward to discover the connection. The characters could feel fleeting in the hands of a less-talented writer, but they’re all incredibly complete and authentic. A sense of loneliness emanates from all of them, contributing to the book’s overwhelming feeling of being adrift.

Moving ahead to the 25th century brings the reader to a moon colony, and this is where things get really interesting. Gaspery’s story actually begins here—while poking around in his sister’s work, he learns about time travel and the glitch. And then he is let in on the big secret: Researchers have discovered this glitch that spans centuries and see it as evidence that the world as it is known is one big simulation. Thus his investigation begins.

And this is the crux of the book: If this is all a simulation, what’s the point? Does any of it matter? It’s a topic that’s been explored multiple times, but it feels fresh here, and raises new questions that the reader can interpret in different ways.

It may sound like this review has laid out all there is to this short novel, but there are moments in the story that will surprise readers and leave them with a slack jaw and a sense of wonder. Though the simulation hypothesis and the multiple pandemics that occur in the different storylines could lead to a sense of despair and nihilism, the author manages to make this an entirely human and hopeful book.