The School of Night: A Novel 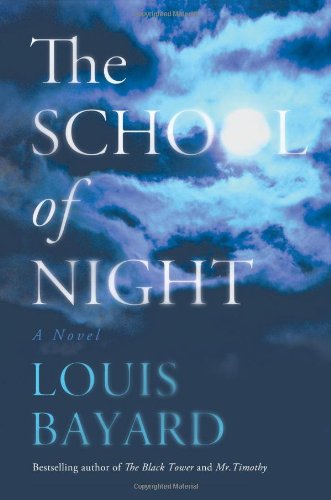 “Against all odds, against my own wishes, this is a love story.”

In this uneven but often page-turning Da Vinci Code-like thriller, Henry Cavendish, a disgraced scholar forced to work menial jobs, is dragged back into the surprisingly dangerous world of academia when an old schoolmate commits suicide.

Named executor of the esteemed Alonzo Wax’s estate, Henry is approached at the memorial service by a British collector trying to retrieve a document supposedly stolen by the dead man. That document is one heck of a sexy discovery: It’s a 16th century letter signed by Sir Walter Raleigh that hints at the actual existence of the rumored “School of Night:” A club of free thinkers frequented by the greatest artistic and scientific minds of the Elizabethan era.

Cash-strapped Henry—an appealing schlep of a character, steeped in failure yet retaining a spark of intelligence—takes an advance on the reward offered to retrieve this paper for the British collector. He immediately regrets this act as he becomes aware of the collector’s nefarious past, and the way the collector’s hulking bodyguard looms out of the shadows whenever Henry goes out in public.

Determined to get to the root of the matter, Henry is soon joined by a sexy brunette who has a rather outlandish connection to the mysterious School of Night. This odd connection is the first flat note in a story that takes an unfortunate stumble after the first breathlessly paced and well-developed fifty pages. The unlikely couple soon discovers that the letter’s most intriguing content is only tangentially connected to the School of Night, and instead involves a mysterious encryption on the opposite side.

Here is where the search for academic treasure morphs into a search for actual treasure, and the shift, so thinly examined by the scholars involved, is the first crack in what is otherwise a solid story. The true nature of this precious stash remains unknown to the seekers. The reader is soon clued in through the well-detailed interwoven 16th century plotline, revealing both the author’s prodigious skill in evoking a historical era, and the trials and tribulations of Thomas Harriot, one of the scientific geniuses of The School of Night

Louis Bayard’s last three novels have been straight historical fiction; The School of Night is pure thriller. The boyish, breathless pacing and cliffhanger chapter endings will carry many a reader blissfully through the occasional leaps in logic. If the author is aiming for fans of The Da Vinci Code, he just may strike gold.