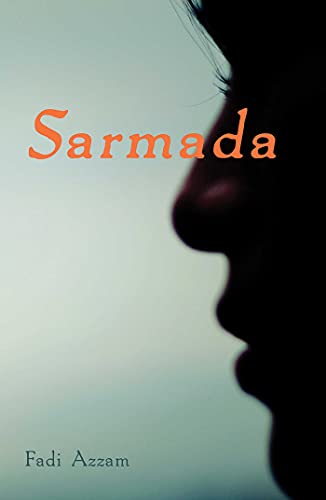 “.. . a troubling look through the portals of a history and a culture rife with sexism western readers may find difficult to digest—even as they are seduced into the stories like uneasy voyeurs.”

Sarmada is both a timely novel—it takes place in Syria—and a timeless tale, or more precisely, set of tales. Rich with myths, mystical characters, murder, superstition, erotica, and politics it suggests the magical realism of Latin America. Indeed, Fadi Azzam may well be the Arabic Gabriel Garcia Marquez with a bit of Marc Chagall thrown in.

Reminiscent of The Arabian Nights, the initial story in Sarmada is offered by a woman named Azza Tawfiq, a.k.a. Hela Mansour (Scheherazade?). The story weaves its way throughout the subsequent tales dominated by two other female characters: Farida and Buthayna. Of course their lives converge, but like a long and winding river, there are many interesting stops along the way.

In a sense, however, the village of Sarmada, an Arabic word connoting the eternally unchanged, is the central character of the novel. Mr. Azzam describes it as a place of many names, including “God’s Basin.” All of its names, he tells us, “reflected the nature of the place and the character of its people: so modest they were naïve, so excitable they were rash, so profound they knew all the different ways to be God-fearing.”

Known for its high quality hashish, “the village was drowned in good spirits and constant laughter. . . . There was never any logical explanation for what happened, and everything that happened seemed illogical.”

But the stories of transmigrated Hela, victim of an honor killing; Farida, widowed several times; and Buthayna, who commits an act of child sexual abuse are not all laughter and good spirits. They are a troubling look through the portals of a history and a culture rife with sexism western readers may find difficult to digest—even as they are seduced into the stories like uneasy voyeurs.

These stories range from the tragedy of Hela’s murder to the comical tale of a beloved cow falling to its death from a cliff into the sea. There is magical breast milk and a little boy born with two penises. A variety of men, who have a way of disappearing or going mad, also populate the pages of this debut novel placed in a Druze village seemingly isolated from the modern world.

History and religion provide a subtext for many of the tales. They also help us to understand why some of the characters behave as they do. In addition, the two forces allow author Azzam to address the current political climate, both in the Arab and western context, in a way that is almost chilling.

“We turn a blind eye to illiteracy and poverty,” one character tells the narrator. “We ignore individuals, and the rights of people and their dignity, and even life itself as a legal principal. Instead we agitate and call for resistance and sacrifice. Our fallen are ‘martyrs,’ just like in the religious code we’re trying to uproot or tear down.

“The retreat to religion is flourishing because there’s no such thing as justice, and because individuals’ sense of self and self-worth is equal to zero. When the earth is undifferentiated misery, heaven will thrive. When ideas are impotent and strange and naïve and they have nothing to do with reality, then all people have left is magic . . .”

It’s a statement that not only explains the book; it also illuminates the potential threat of looming fundamentalisms, no matter where they originate. Not even powerful women or bedtime tales can assuage the terror that threat breeds. They only help to calm us in the chill of a desert night.