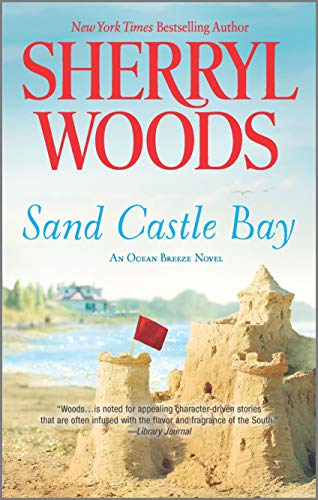 When Emily Castle returns home after a decade away to help reinvigorate her grandmother’s storm-ravaged diner, the last person she expects to encounter is her lost love, Boone Dorsett. Even less expected is the relationship she strikes up with his eight-year-old son.

Now a widower and a rival restaurateur, Boone isn’t sure if he even wants to renew their relationship. He’s facing his own crisis, as his former mother-in-law is challenging him for custody of his son. Regaining the love of a woman who broke his heart isn’t a priority in his life.

“Will they or won’t they” is the central conflict in this light, summertime novel, the first in a new series by Sherryl Woods. The outcome to that question is resolved rather quickly, to be replaced by the weaker secondary conflict with the mother-in-law; still, the story meanders along amiably enough, strongly bolstered by the characters of Emily’s grandmother and Boone’s son. They are drawn more sharply and get the majority of the snappy lines in this novel.

Ms. Woods’ introduction to her Ocean Breeze series is a gentle, homey story, if not particularly challenging. Characterizations are sketchy, but none of the people are actively annoying. Her dialogue is engaging, and the setting described adequately.

For the person looking for an easy, breezy read, a sandcastle—easily washed out to their mental sea, but pretty at the time—Sand Castle Bay might be the right book.