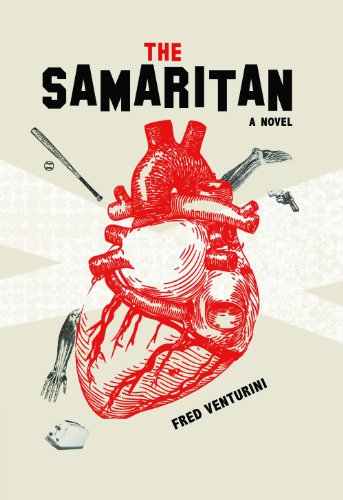 Ever since the sixth grade, Dale Sampson has loved the idea of being in love—even if it means being used by the prettiest girls in school. Unfortunately for Dale, he never seems to learn to recognize the signs that perhaps love can actually be hazardous to his health.

While at recess, three of the school queen tweens blindfold Dale, leading him into every potentially painful object they can find, before finally putting his life and limb on the line by throwing Dale into the center of a basketball game led by Mack “Truck” Tucker—whose attention the girls crave. What could have been fatal instead turns into a pivotal moment in their lives as Dale and Mack forge the beginning of a life-long bond.

For all the strengths of their friendship, Dale and Mack are polar opposites. Mack, a tough physical force, who plans to become a star athlete, is fueled by desire and motivated by his father’s beatings. Dale, a painfully introverted, straight-A student, rarely speaks, but always has time to dream. From the very first day, Mack and Dale have their lives planned out: Mack will be a star in the major leagues and Dale will be by his side as manager.

As a high-school freshmen, Mack ticks off one female conquest after another, while Dale has yet to even speak to a girl. After giving endless pointers, supportive urging and even begging, Mack finally gets his wish when Dale sets his sights on sophomore cheerleader, Regina Carpenter, who leaves her twin sister Raeanna for Mack. Though commendied for being a great guy and gentleman, Regina thwarts Dale’s efforts at every turn; undaunted, he forges ahead.

In Dale’s sophomore year, Regina is dating a senior and star baseball player, Clint Phillips. At Mack’s urging, Dale tries out for the team—If only to impress Regina—and does well; despite his efforts, he suffers two serious beat-downs by Clint; undaunted, Dale continues his pursuit for Regina.

Will he ever get the girl?

By the end of the year, Dale finally begins to break out of his shell. Attending his very first party, where he plans to claim the heart of Regina once and for all, Dale is forced to face Clint once again.

Then disaster strikes. Despite all the loss and devastation that Dale experiences, there is one glimmer of hope and perhaps the potential for salvation: the ability for his body to regenerate. Whether this scientific anomaly is a gift or a curse remains to be seen.

Dale Sampson is genuinely a good guy. Although he should be applauded for setting his sights high and going after what he wants, Dale does it with a muted sense of abandon that only allows him to see the prize and not the potential dangers that litter the path to his goal. As a result, Dale’s life is a constant thread of loss and punishment for no crime other than wanting.

The Samaritan encompasses so much. It’s about love, loss, unbreakable friendship, and the death of dreams. It’s a perfect example of life happening while you’re busy making plans. It’s the age-old conflict between fate and destiny, predetermination versus free will. It’s a cautionary tale proving that no good deed goes unpunished. Above all, it’s a story of the determination of one man to find love, no matter what the cost.

Fred Venturini’s writing is incredibly captivating and never misses a beat. The flow of his prose softly lulls and embraces the reader while hurtling them toward the inescapable train wreck of life’s manic ups and downs.

With a style so complex in its simplicity and so pleasurable to read, The Samaritan fuels a reader’s desire to explore much more of Fred Venturini.