A Saint from Texas 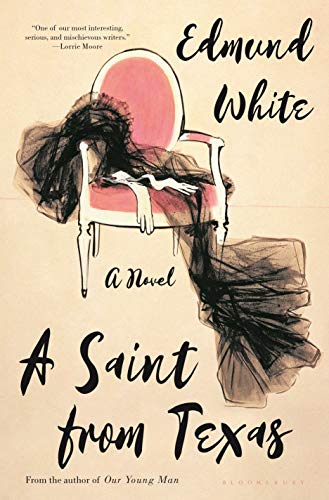 It’s Dallas, Texas, in the 1950s. Identical yet temperamentally different good-old-girl twins ultimately see their own life choices through the eyes of the other.

Yevette, sexually abused repeatedly by their boorish father, launches on a spiritual path that leads her to a convent in Jerichó, Colombia, where she ministers to the wretchedly poor while creating a happy life for herself amidst the material deprivation. A Baptist turned Catholic nun, Yvette is well on her way to canonization by the end of the novel.

Meanwhile, her sorority-intoxicated sister Yvonne uses Daddy’s millions to climb the ranks of society, first at the University of Texas, then Dallas at large, and finally Paris where she marries a fastidious dandy whose family dates back to the Crusades. The Baron’s impeccable connections serve her ambitions well, but in the end Baroness de Courcy—with her priest’s encouragement—feels it necessary to push her bothersome husband off a cliff.

“Murder him . . . I can’t see any other way out,” counsels Abbé Pierre as he hands her the lethal drug. But what is she to do afterwards? “You’ll grieve. You’ll mourn. You’ll be a very powerful—and respected!—widow.”

Sex abounds in these pages, with something for everyone—gay, straight, kinky, voyeuristic—all rendered hilariously in its absurd human folly as only Edmund White can. Beautiful sentences spill off the page. Readers will delight in his marvelous asides, characteristically exact vocabulary, and metaphors that make the reader smile: “Giving her lovely breasts a release from the brassiere like blancmange coming out of the mold and wobbling.” Or, naked women “with alabaster skin and delectable nipples, like desserts made of whipped cream topped off by strawberries.”

We don’t see much of the devout Yvette directly so much as learn about her inner life through long letters written to Yvonne. These later become part of the evidence supporting her canonization. “I’m in love with affliction,” she writes, hopelessly smitten with the local bishop whose body odor intoxicates her. As punishment for her forbidden love, she urges Mother Superior to take away her gardening tasks “for something duller and more painful, something the other sisters complain about.”

Back in Paris Yvonne has had enough of her husband’s endless “materialism disguised as elegance.” He advises her on her clothes, on everything, quickly making himself suffocating. Once her millions make him rich enough to restore the family castle, he becomes “his true self: arrogant. Intolerable . . . grown into his hatefulness” while sleeping on “embroidered Courance sheets a hundred years old.” His family, equally pedantic, “could spend hours arguing the merits of one brand of candle over another.” She discovers that they hated her from the beginning, and as for the husband being merely cold, “much later I realized he was determined to display sang–froid.”

White has written a double first-person coming of age story replete with sex, dazzling wealth, secrets, and aspirations. Looking back, the sisters remark, “Neither of us lives in our native language,” and yet had to move “as far away from Daddy as we could get.” He’d been abused by his own father, leading them to “assume there is an infinite regress of vice and pain.”

“I rather liked thinking about a man’s organ, now small and slippery as a fish, then big and red and rigid, imposing, claiming innate prerogatives, both hard and plush like a brass trumpet lifted out of his velvet case.” Or, “those absurd penises that were always poking their wet, dripping noses in everyone's business.”

Having borne two children while in her 20s, Yvonne realizes she hadn’t been innocent but rather inexperienced and “beginning to learn the codes of this ancient, capricious world I joined.” The most important lesson of all: “The supreme importance of the non-dit, what was left unsaid.”

While this is a rollicking story full of memorable characters, there is plenty left unsaid between the lines and abundant of insights to be plumbed in White’s pages.