Sailor and Fiddler: Reflections of a 100-Year-Old Author 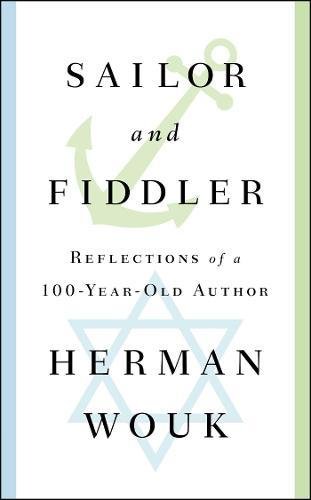 He wrote The Caine Mutiny, Marjorie Morningstar, Youngblood Hawke, The Winds of War, and War and Remembrance. He won the Pulitzer, TV miniseries fame, and the girl of his dreams. He has written radio comedy and Broadway, religion and plot, work that soared and at least one considerable flop. He didn’t see his Big Life coming, but the people around him did, especially that girl of his dreams, his wife and long-time agent, who refused, even before all the accolades and wealth rolled in, to allow her husband to get distracted by any sideline job.

No. Herman Wouk was a writer. And Herman Wouk still is, publishing Sailor and Fiddler, this slender reminiscence about his writing life at the start of his new century.

Like blades on ice, the memories slide from one interlude to the next—from the “bright red hardcover book, The Sea Beast,” which Wouk claims gave him his literary legs when he was 12, to his Fred Allen days, to his ideas about books and the translation of those ideas into the books untold numbers of readers have read. It wasn’t always easy, as Wouk tells us. Indeed as “[t]he publisher was printing 50,000 copies of The Caine Mutiny at a crack,” Wouk found himself beset by the writing of Marjorie Morningstar.

“I groped to it,” Wouk writes, “and that is more or less how I have written my novels. The theme has been there for a while, sometimes for a long while. Its time comes. The characters show up, often from my own life, and start acting it out.”

Fame (I imagine) is a funny thing. So (I imagine) is wealth. Consider, for example, this moment in Wouk’s life. Marjorie has just come out: “You saw people on the street carrying the novel under an arm, and it led the bestseller lists; but for the naysayers—and they were many and formidable—such things merely confirmed the Time cover as a pillory, and my poor Marjorie, pictured behind me, as a Hester Prynne sellout.”

If you are Wouk, you just keep going—building, buying, and selling houses; putting the sentences down on the pages; saying yes to this possibility and no to that one; until one by one, the stories show up, the bestsellers, the conversations, the opportunities to get so close to a president of the United States in a meaningful moment that you will never forget that presidential glance.

You also receive letters from countless people of note. Wouk closes this book with a letter from Joseph Heller—with words that, by my modest calculations, seem like the greatest reward of a literary life long lived:

“From the outside, Herman, it appears you have led a richly varied, successful, beneficial, and fulfilling life. I hope sincerely that it has been true for you on the inside too.”