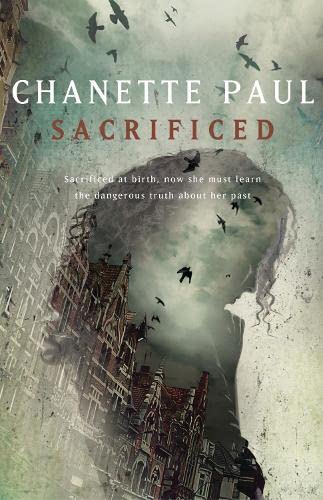 “Sacrificed places Chanette Paul among the classiest thriller writers of our day.”

Sacrificed by Chanette Paul is a long and satisfying read. Despite its length it is a page-turner that will keep you reading long past the moment the midnight oil burns out. It is a thriller and a family saga with heft and portent. The novel thrusts us deeply into the troubled seas of racial identity in pre- and post-apartheid South Africa, as well as into the tragic and chaotic political mix that comprises modern-day Democratic Republic of Congo (DRC).

From the desperate Belgian Congo in 1961—the time of the murder of President Patrice Lumumba—to life in the natural beauty of South Africa, now a country that 20 years after apartheid ended, sadly is riddled with crime. South African author, Chanette Paul, does not sugarcoat reality.

Ambiguity and coincidence serve as the major organizing principles of this complex and evocative novel. Protagonist Caz Colijn notes this and quotes the poet John Donne, “no man is an island.” Life is an intricate puzzle of interconnected stories—those we know and those that remain hidden. What happens in one life shakes the web of interconnection with often unforeseen consequences.

Caz, a 53-year-old woman, translates English and Afrikaans books. She is a recluse, living alone in a remote part of the rural Cape Province of South Africa—the Overberg. Unexpectedly her estranged sister calls from Belgium to tell her that their mother is dying and wants to see Caz. She declares that Fien is not Caz’s biological mother, and she, not Caz’s sister. This news comes as a thunderbolt to Caz and galvanizes her into undertaking the trip to Belgium. She is obsessed with a search for her biological mother.

We meet a host of characters, all with interconnected ties to Caz, although often they and she do not know this. There are the two mysterious Congolese men who shadow Caz’s every move, a professor of contemporary African history who finds himself thrust into the mix, and a Belgium detective who follows apparently synchronistic clues that ultimately do not produce conclusive evidence. There are African spirits, nkisi, African art, and spiritual rituals—all somehow associated with diamonds. Any more details will be spoilers to this gripping thriller.

Caz is a white woman but she has a remarkable black daughter, an international super-model, Lilah. Lilah’s father was Caz’s white, Afrikaner, long since divorced from husband. Cross-currents of race and racial identity abound.

“Of course, she realized that there must have been a racial mix somewhere for her to have given birth to Lilah, but she would never have thought that it would be a father or grandfather, an old transgression of the immorality law on the Maritz side, perhaps even of Magdel’s forefathers in days gone by who had fallen out of the family tree.

Now it turned out she herself was of color. Despite her white skin.

Until Lilah had said it so comically, it had not really dawned on her. A half-breed. That was what she was. It didn’t turn her into anything or anyone other than Caz Colijn, but it was still a shock. An idea she would have to get used to. . . .

In Sacrificed the arcs of many storylines merge and part and ultimately leave several threads hanging. This in itself is satisfying and realistic, an intelligent way to conclude the book. Intimate family trajectories, as well as those of grandiose political schemas cannot be neatly packaged simply because they have become more transparent to the characters and the reader. Ultimately, we are left with some answers but also more questions.

If there is a weakness in the novel it is the somewhat sketchy role of the two Congolese men who doggedly follow Caz. Their philosophy of “reAfrikanization + Dewhitenization = Total Afrikan Liberation” deserves far more development than simply serving as a plot device in the riveting mystery and drama around Congolese uncut diamonds and political ambition.

But this is a minor quibble in what is a compelling read in author Paul’s North American debut. After 41 novels written in Afrikaans and published in her native South Africa, Sacrificed places Chanette Paul among the classiest thriller writers of our day.