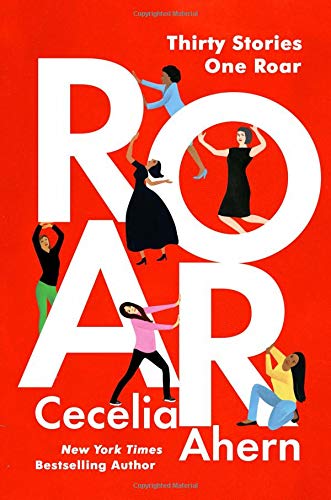 Cecelia Ahern’s collection of short stories titled, Roar, couldn’t be better timed. In this era of the “#MeToo” and “It’s Time” movements, the heroines of her tales overcome every type of adversity and predicament that confront contemporary women. Unfortunately, despite its relevant and pressing subject, Roar disappoints; the collection is largely saccharine and lacks subtlety and nuance.

Each fable-like story in Roar is titled “The Woman Who . . .” Some of the titles include, “The Woman Who Was Kept on the Shelf,” “The Woman Who Forgot Her Name,” “The Woman Who Walked in Her Husband’s Shoes,” and “The Woman Who Was Pigeonholed.” You get the picture. None of these women are given proper names, which suggests that they represent all or many women. And in numerous ways they do. For Ahern covers all of the bases, to name a few: ageism, trophy wives, maternity leave, employment discrimination, the myth of having it all, menopause, marriage, motherhood, and stereotypical gender roles.

Most of the topics addressed in Roar are spot on. Who among us has not felt overwhelmed, unattractive, labeled, misread, too old, angry, unappreciated, and frustrated? In one of the better stories, “The Woman Who Smiled,” an adult woman is repeatedly told to smile by complete strangers such as ticket agents and shop keepers, who do not give the same unsolicited advice to men. In the end, dressed in a clown costume, the woman returns to the shop, and after performing like a clown, confronts the sexist clerk: “‘There, do you feel better? Am I prettier now?’ she asked, breathless. The shopkeeper didn’t smile. But she did.”

Many of the stories in Roar have clever, catchy opening paragraphs and are humorous at times. For instance, “The Woman Who Grew Wings” begins: “The doctor said it was hormonal. Like the random hairs that sprouted from her chin after the birth of her babies, over time the bones of her back had begun to protrude from her skin, stretching out from her spine like branches from a tree.” In just two sentences, Ahern shows how women are patronized and not taken seriously by doctors who blame all of their ailments on hormones, even regarding a condition as outrageous as growing wings.

Ahern concocts a number of clever and humorous conceits in her stories. For instance, “The Woman Who Returned and Exchanged Her Husband” describes a business that helps women return or exchange their husbands when they grow weary of or dissatisfied with them. Or “The Woman Who Spoke Woman” portrays a country whose all male government is convinced that women speak their own language.

Although most of the stories in Roar get off to good starts, many rely too heavily on clichés, overused tropes, and obvious symbolism. The title, “The Woman Who Was Pigeonholed,” which tells all there is to tell, details examples of numerous women who have been placed in cubbyholes or labeled. Similarly, “The Woman Who Unraveled” is about sisters who fall apart, that is unravel, melt, or fall to pieces because they are over stressed, overextended, and feel unsupported.

The endings of far too many stories in Roar are tied up much too neatly and are moralistic and corny. For example, “The Woman Who Found Bite Marks on Her Skin,” is a tale about a woman who returns to work after her maternity leave only to find painful and increasingly debilitating bite marks all over her body. In the conclusion, the narrator unnecessarily explains the woman’s predicament: “The guilt was, quite literally, eating her alive.” Miraculously, after a stay in the hospital, the woman decides that she will “Return home. Return to herself. Celebrating everything, guilt-free,” as if by simply realizing that she felt guilty about returning to work after having a child she would live, worry free, happily ever after. Problem solved.

Also, in a few stories men solve the women’s problem or teach them a lesson. In “The Woman Who Lost her Common Sense” a male police officer instructs the woman: “Your common sense is a little different. I’ll give you that. . . . but that doesn’t mean that it is wrong or that it has been lost or stolen. It is yours and it is unique.”

In “The Woman Who Was a Featherbrain” and “The Woman Who Wore Her Heart on Her Sleeve” a male doctor “orders” each woman to take time to care for herself. Having men, especially in positions of authority, solve women’s problems seems to go against Ahern’s project in Roar of giving women a voice.

Roar is a great idea not very well executed. It addresses so many timely and important topics that women want to and need to roar about. If only it were less obvious and preachy and rather more subtle and complex.