The Rise and Fall of Peace on Earth 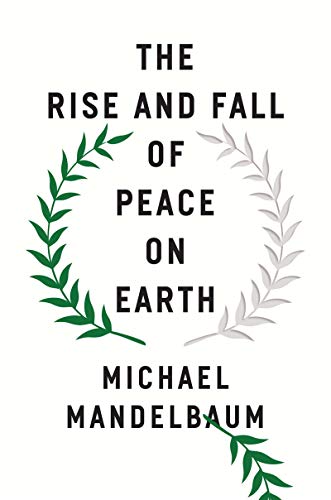 The Rise and Fall of Peace on Earth will help any reader understand what has happened in world affairs in recent decades, what is happening today, and what possibilities exist on the horizon. Most of the facts that underlie this narrative will be familiar to readers of The New York Times, but Mandelbaum’s analysis helps to distill patterns and trends from the near chaos of daily headlines. One need not take his reading of events as definitive, but it provides a solid framework for discussion. Mandelbaum is no newcomer to these matters. A professor emeritus at John Hopkins School of International Studies, he is the author of 16 highly regarded books.

How does today’s global chessboard differ from that of recent decades? The long Cold War (circa 1946–1990) was dominated by the competition of two great powers, the United States and USSR.

When the Soviet system collapsed, the existence and policies of the one superpower fostered two decades of relative peace. It appeared that democracy and other liberal values were sweeping the globe. By the second decade of the new millennium, however, the United States and its allies were experiencing serious geopolitical competition from three revisionist powers: a rising China, a rejuvenated Russia, and the Islamic Republic of Iran. Unlike the erstwhile Soviet Union, none of this trio claimed to have a worldview and way of life that all humanity should embrace. Each was driven more by nationalism than by some abstract ideology such as Communism.

Leaders in Beijing, Moscow, and Tehran manipulated and fanned the fires of nationalism as a way to cope with domestic vulnerabilities. Most Han Chinese were still poor, and many Tibetans and Uighurs wished to defect. Most Russians outside the major cities did not benefit from the glittering life bestowed on city elites by sales of oil and other minerals. Iran’s theocrats did nothing to improve the lot of most Iranians. The United States and other outsiders could do little to alleviate the sources of nationalist distress in China, Russia, and Iran, but US-led sanctions could and did aggravate poverty in Iran.

Mandelbaum agrees with Immanuel Kant that the deepest and most reliable foundation for peace is democracy, but he warns that democracy requires preconditions. Their earlier experiences helped Germany and Japan become democratic after 1945, but similar prerequisites were very weak in China, Russia, and Iran.

Mandelbaum’s final chapter is entitled “Peace Regained?” but he offers only slim reasons for hope. Even the case for relative optimism is threatened by President Donald Trump’s rejection of Congressional oversight of his actions, by his embrace of Hungary’s Viktor Orban in 2019, and by his equally demented, long-standing  love affairs with Xi Jinping, Vladimir Putin, Kim Jong Un, and Benjamin Netanyahu—attitudes and relationships approved by most elected Republicans and by their supporters. Kant’s vision of a democratic peace may be valid, but it cannot be imposed. Furthermore, we have seen the enemy and it is us.