The Ripper's Shadow: A Victorian Mystery 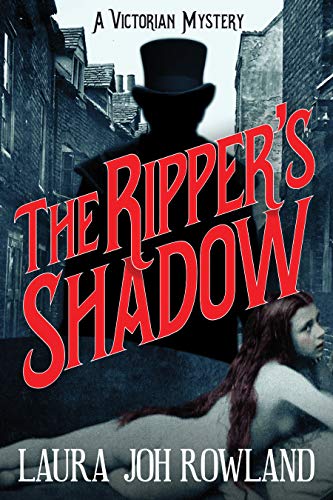 Jack the Ripper wreaked fear and havoc across the overcrowded slums of Whitechapel in the East End of London in 1888. His victims were prostitutes who plied their trade on the foggy and ill-lit streets of London’s worst district. The Ripper’s heinous murders and mutilations certainly deserved the attention they received.

But who was this murderous fiend? How did the serial killer select his victims? These central questions about the crime spree remain unanswered almost a century and a half later, but the murders continue to provide the raw material for creative novelists to this day. Laura Joh Rowland’s new novel is the most recent example of the genre, and it is a worthy addition to the literature.

Rowland’s heroine is Miss Sarah Bain, the daughter of a Whitechapel photographer who took up her father’s trade when he died—or did he die? Bain seems to be a quite liberated type for her time and place, but the self-styled spinster is easily seduced by a police detective and, more importantly for Rowland’s story, by the horrid repetition of the Ripper’s crimes visited on Bain’s associates.

In order to earn some needed cash, Miss Bain had accepted the suggestion of one of her models that she photograph prostitutes in various stages of undress. These scandalous and illegal prints fetched a sizeable sum from bookstores eager to satisfy the lewd desires of their customers. These “boudoir photographs” trigger Rowland’s narrative when Miss Bain discovers that, one by one, her subjects are butchered by the Ripper. She cannot stand by as the women are slaughtered.

Miss Bain determines to capture the Ripper herself, a somewhat fanciful and extremely dangerous pursuit. She gathers an earnest collection of followers who ripen into the close friends Miss Bain had never had. Bain’s assemblage includes a teenage boy schooled in the ways of the street, a gay member of London’s aristocracy, a Jewish butcher and his wife who had recently escaped the pogroms of Russia, and a frivolous young actress. Somehow they meld into a worthy cadre of amateur detectives, each in turn contributing to the ultimate outcome.

Rowland’s finest efforts in the novel are in her portrayal of the sights, sounds, and smells of Victorian London. The reader can almost feel the fog descending and smell the butchers’ offal spreading its noxious vapors. Writing historical fiction requires considerable nonfiction research, and Rowland has accomplished that assignment with great success.

Throughout the novel, the London police demonstrate that they rightfully deserved their negative reputation among the immigrant poor, as their ever-changing theories regarding the Ripper proved disastrously off base. They were corrupt and complicit in the crimes they were charged with solving. Only the vigilante groups of men self-appointed to eliminate the scourge of the Ripper come out worse in Rowland’s vivid landscape of life in London 50 years into Queen Victoria’s reign.

Rowland knits together a compelling narrative. After a while the reader comes to care about members of Miss Bain’s band who risk their personal safety in the effort to protect the weakest members of the unhappy and threadbare community. Miss Bain herself is the model of the modern woman, pursuing a career while fighting the ghosts of her broken family. She could serve as the central figure of a series of novels about the underside of Victorian England, if, in fact, she and her cohorts find the Ripper and end his dastardly business.