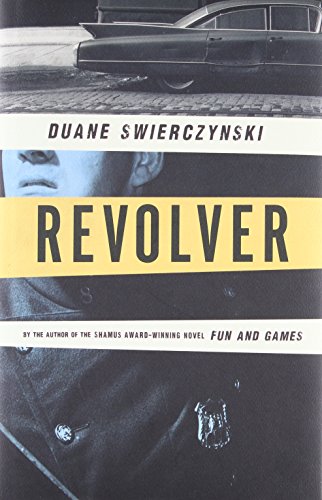 Duane Swieczynski has created a great historical fiction/cop novel set in Philadelphia and spanning three generations. The story begins in the race-troubled 1960s, 1965 to be exact, when blacks and whites battled in the streets of many major cities.

One day during the riots, two Philadelphia police officers, Stan Walczak and George Wildey, are seated in a local bar, ostensibly waiting to meet with an informant. Little do they know they have been set up, and both men are murdered.

Fast forward 30 years to 1995 and the story focuses on Jimmy Walczak, Stan’s son. He’s followed in his dad’s footsteps and is a Philadelphia homicide detective. Despite being assigned a high profile murder case, one closely followed by the mayor’s office, Jimmy’s mind is constantly on his father’s murder. Although no one was ever arrested for killing his dad and his partner, Wildey, Jimmy’s convinced he knows who did it.

The problem is the alleged shooter is locked away for committing another crime, and there’s not enough evidence to bring him to trial for the killings. However, Jimmy’s suspect is finally released from prison and winds up in a halfway house, causing Jimmy even bigger headaches because Jimmy is obsessed with getting revenge.

Just like his father, Jimmy Walczak also has a son, Stas. He joins the department, too, while his sister, Audrey, chooses to study forensics at a college in Houston. A free spirit and alcoholic, Audrey avoids family whenever possible. However, in 2005 she returns to Philly when the city decides to dedicate a plaque to her grandfather at the location where he was murdered. While she’s visiting, she decides to investigate her grandfather’s cold case, angering family members and others. She soon discovers a plethora of secrets surrounding the Walczak family, some that turn deadly.

Swierczynski does a masterful job of moving back and forth in time, capturing the temper of each era—the venues and societal norms. His characters are unique and multifaceted and the investigations he devises are very authentic. The grit and grime of big city policing and politics are on full display, making this a compelling read. The ending will completely surprise the reader, fully answering any lingering questions about not only the murders, but the Walczak family as well.